A young-to-us couple bought a house in our street shortly after us. While being much the same, it was almost in original Edwardian condition, with original windows, plasterwork, layout and even a stunning stained glass fitting for the skylight (ours is long gone...) and no central heating. They jumped straight into a renovation and we've traded knowledge a few times as their works have progressed. We're thrilled that they've donated their original windows to us having made a considered decisions to install new windows.

This means we now have 11 new-to-us windows in our garden and shed. 11 windows didn't sound like a lot to me, until I tried to lift one with Mehdi's help. These are monsters - a lot of wood and glass. Having spent 100+ years under constant assult from the Irish weather and not enjoying any of the benefits of central heating, they're in a sorry state. But even in their current condition, I think they're gorgeous. 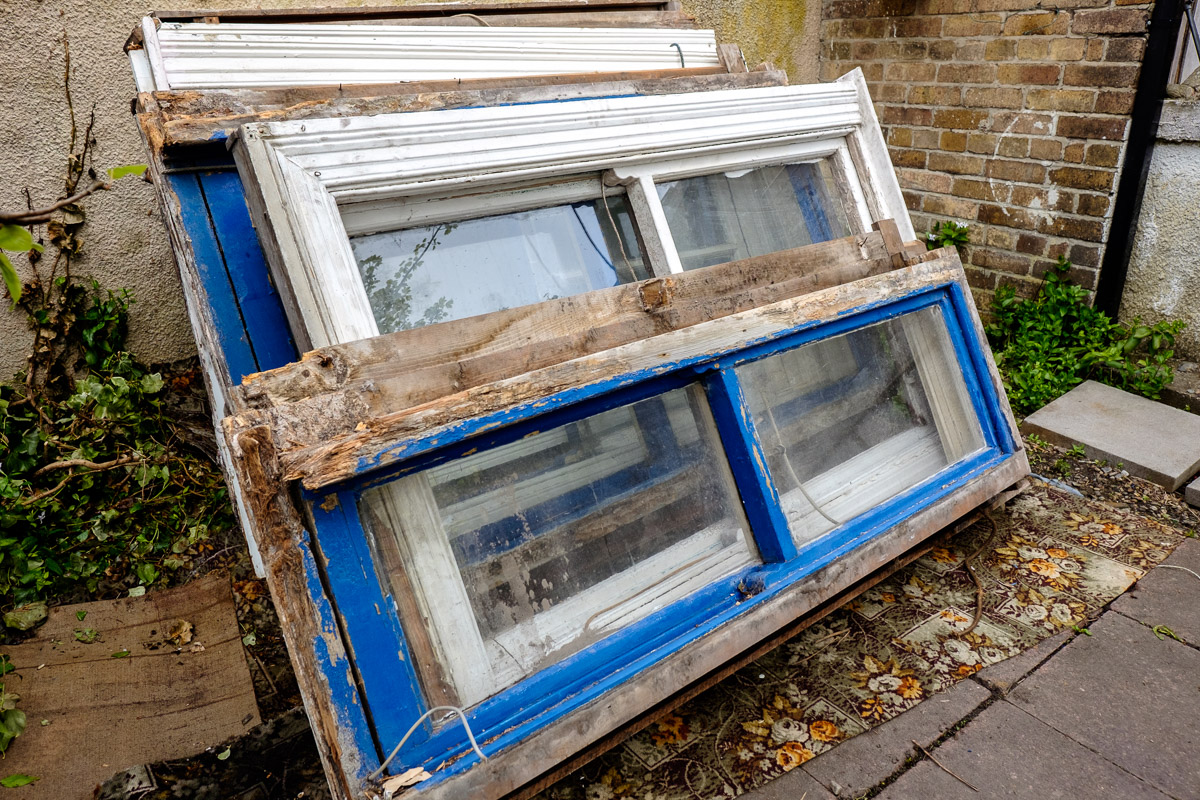 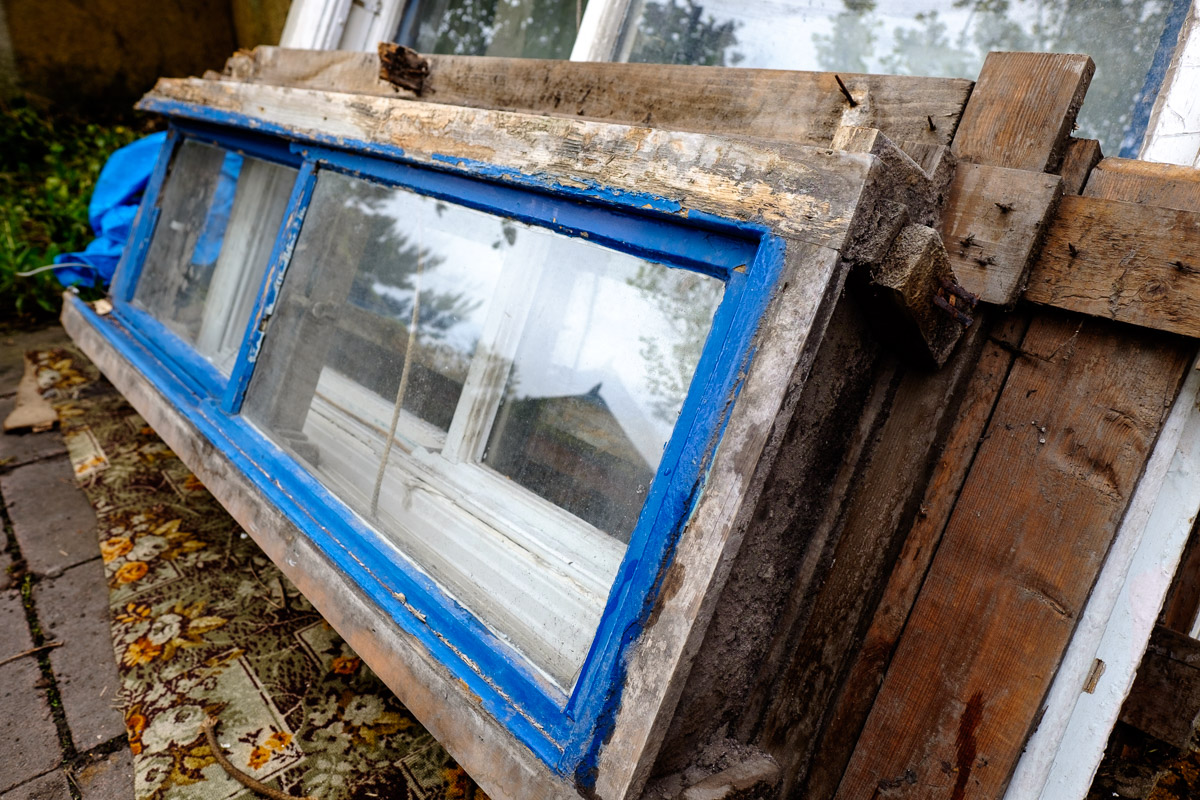 First we need to identify what window goes where. Next with the help of a craftsman, we have to see if the windows fit. Even though some houses in our street are the same, they are not identical. That's because they were built in phases over years - e.g. where we have a single big bedroom on the 3rd floor, the neighbours have a smaller bedroom with a bathroom to the side. Mehdi's also noticed that many of the houses are different widths.

If the windows do fit, we'll have to see how much it will cost to repair the damage of a century of Irish weather. The restoration enthusiasts Joseph Little and Emma Sides dropped in recently and in between dispensing advice on camping in France with 2 little ones, they had a look at our windows. Joseph explained that the bottom of the windows are in worst condition, but that they're reparable. And indeed, window sills were designed to be replaceable - they were considered to be something that would deteriorate over the years and would have to be replaced in due course.

Right now we're excited to see how we can rescue and upgrade these windows. If our plans come off, we might be the only house in Dublin that has windows older than the actual house.

We know the wooden-framed, single-glazed windows in our house need to be replaced when possible. We're currently researching our options for new windows - weighing up traditional vs modern, PVC vs wood, cheaper vs horribly expensive. Although the current windows were probably installed in the 1980s they are in reasonably