One of Joseph's key piece of advice was to fix our drains and gutters as a matter of priority as they were most likely one of the main reason for our dampness problems.

One of our drains at the back of the house was blocked - it's possibly the reason for this badly damaged wall (or at best it didn't help): 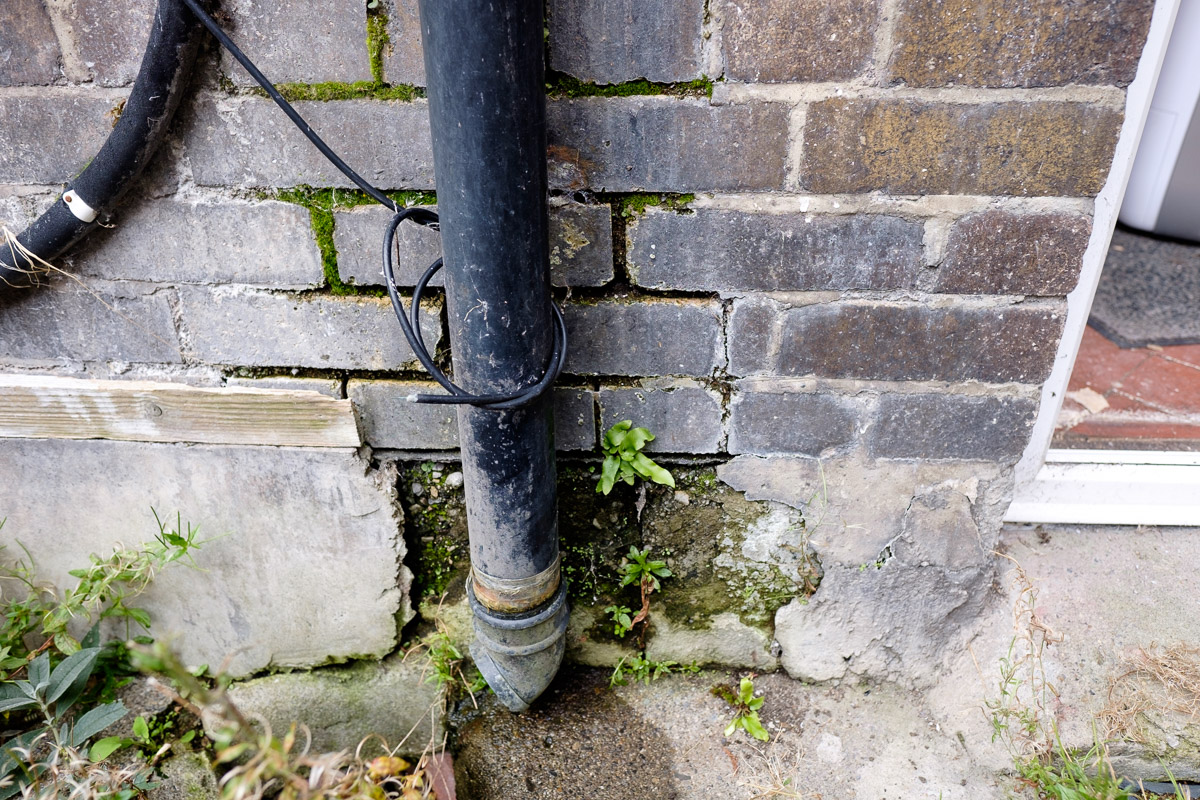 At 8.30am, an engineer from Dyno-Rod called at the house, bringing CCTV equipment. 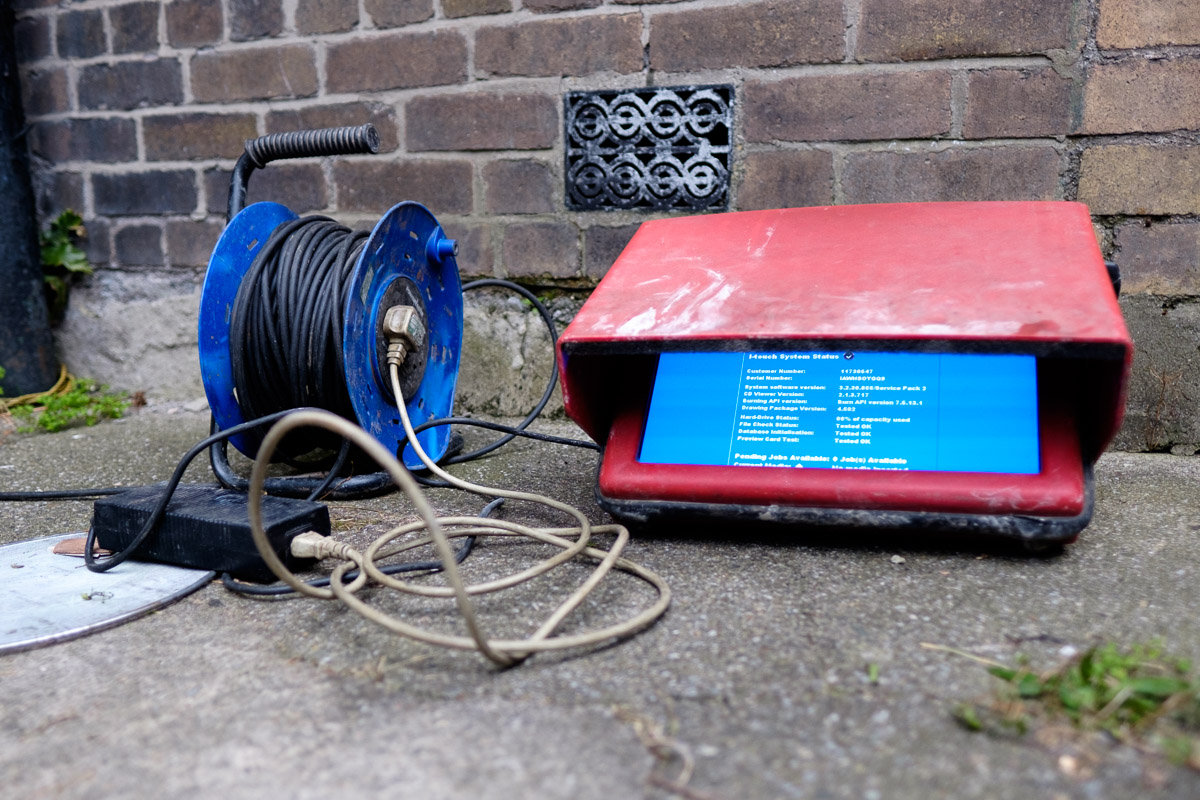 The good news is: our drains are in great conditions. Good, solid, original clay pipes connecting to our (original but in not-so-great condition) cast iron gutters.

The blocked drain was just an accumulation of dirt coming from our gutters. This is normal. Drain holes go into a U-shaped pipe (a "trap"), just like a toilet pipe. It's used to prevent odours (and rats) from coming up the pipe. Dirt accumulates here and must be removed regularly (the Dynorod engineer advised maintenance every 6 months). Maintenance is easy - you just need a good glove and a bin bag. 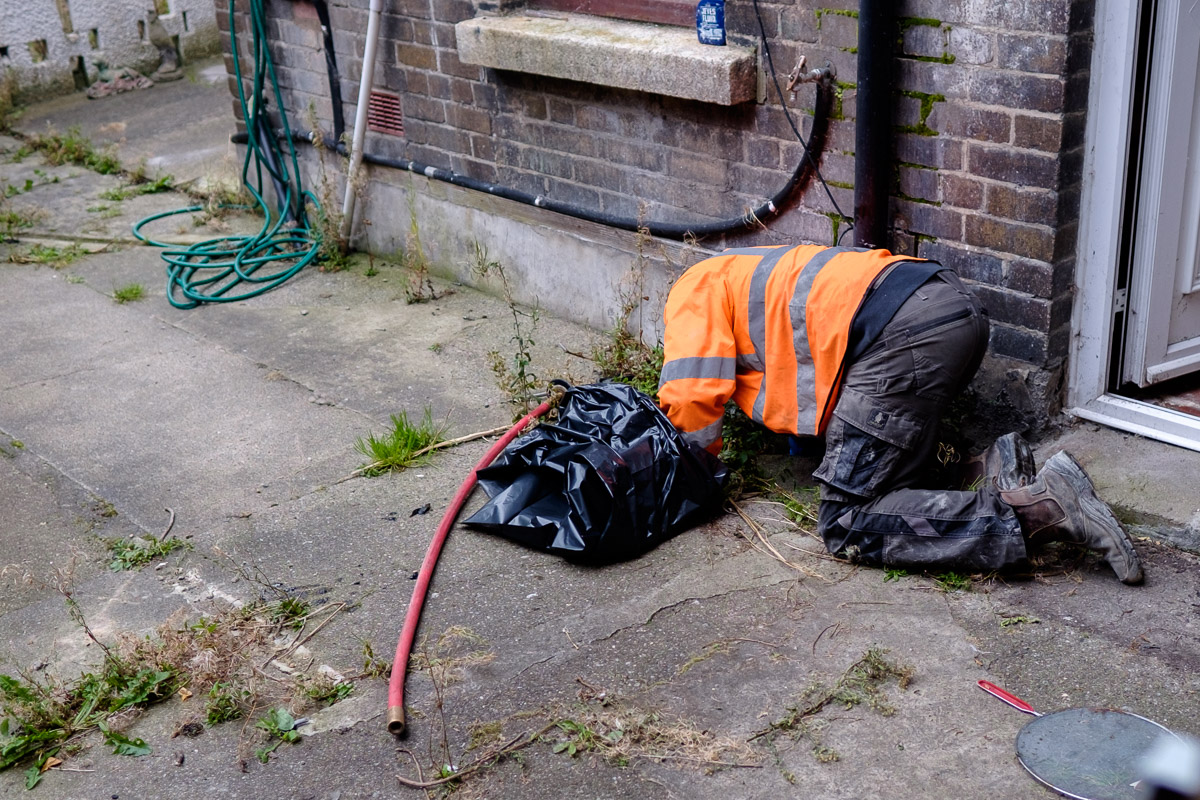 We then spent some time exploring our pipes with the CCTV camera to try and map where they were laid. The camera looks like a fat worm fronted by a giant eye fitted with a very bright torch. A bit like this:

Here it is passing through: 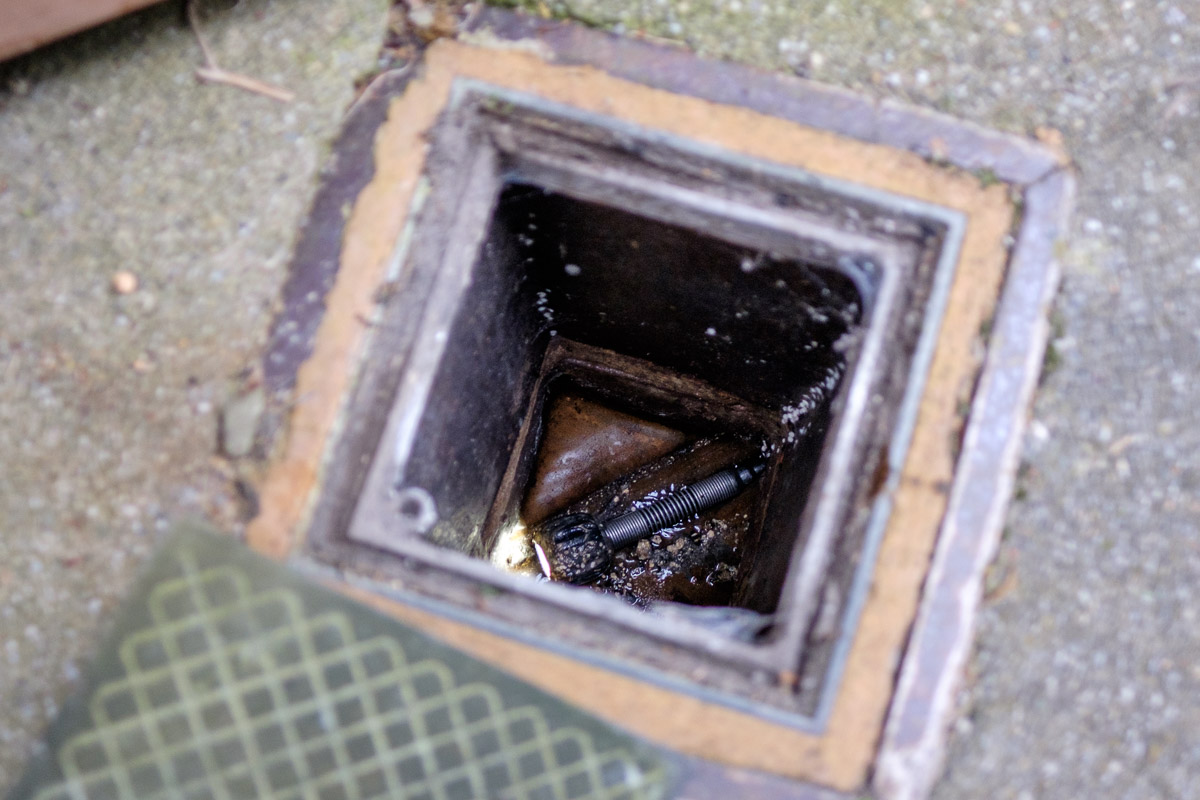 And shining the torch up the outdoor's toilet's pipe: 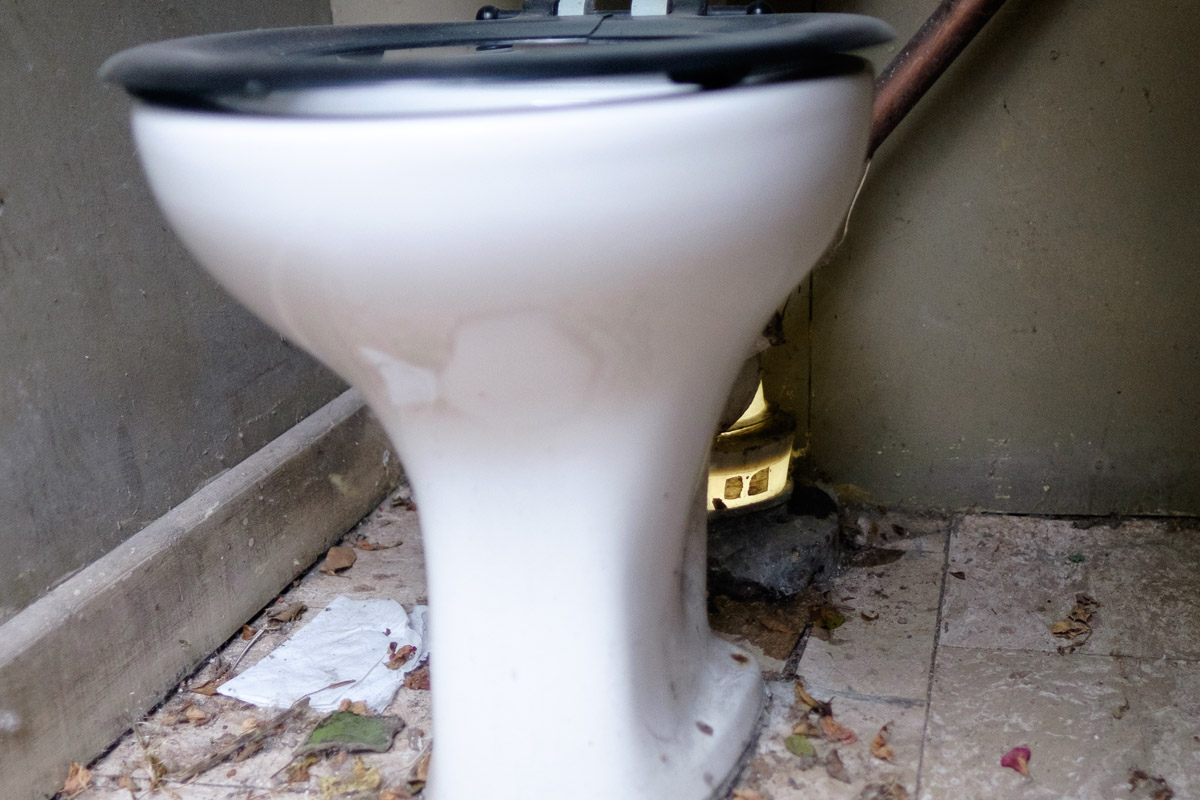 That's what it looks like inside - here showing where the clay pipe ends and the cast iron pipe begins (you can see the different textures): 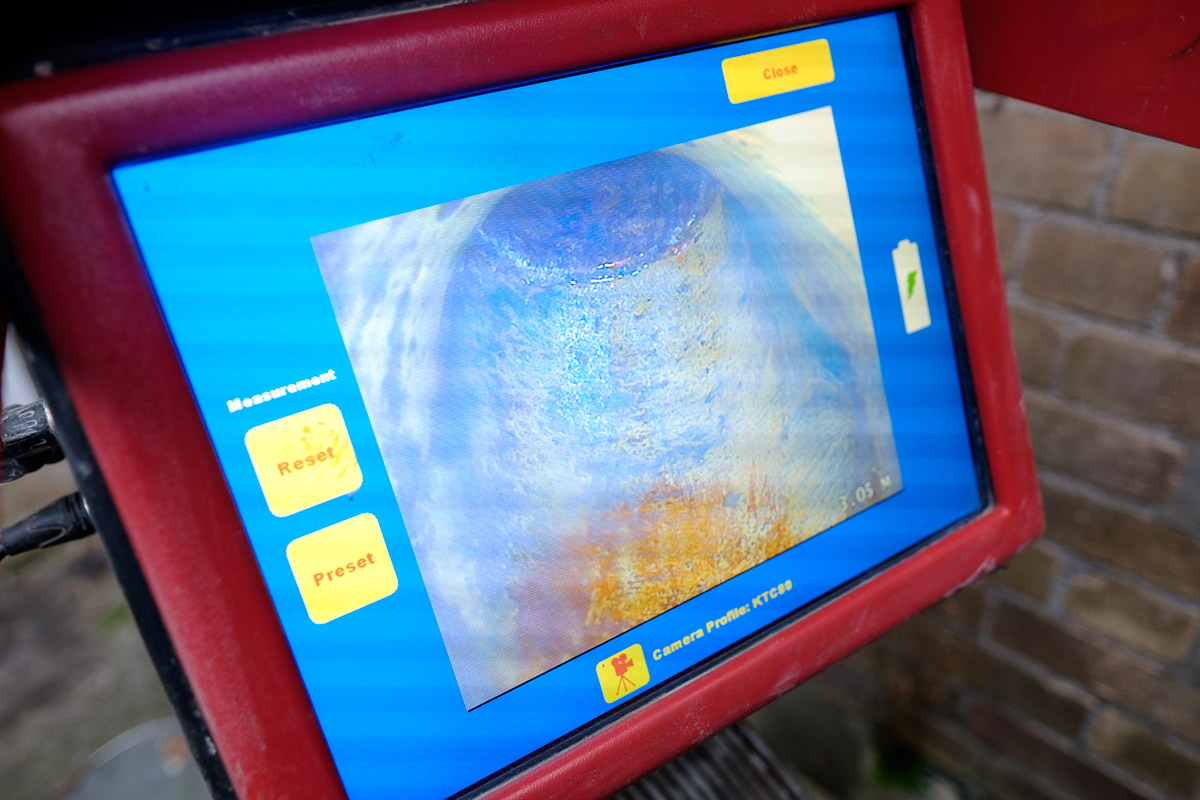 I will admit that it doesn't look quite as cool as it sounds.

Mapping where your drain pipes are is quite easy - even without CCTV. It turns out that pipes always go in a straight line. Sounds obvious in retrospect but I'd never considered this. In fact, I'm pretty sure I'd never thought about drains until today.

If you can find the begining and the end of a pipe, you'll know where the pipe is laid. To find this, lift the drain's cover... 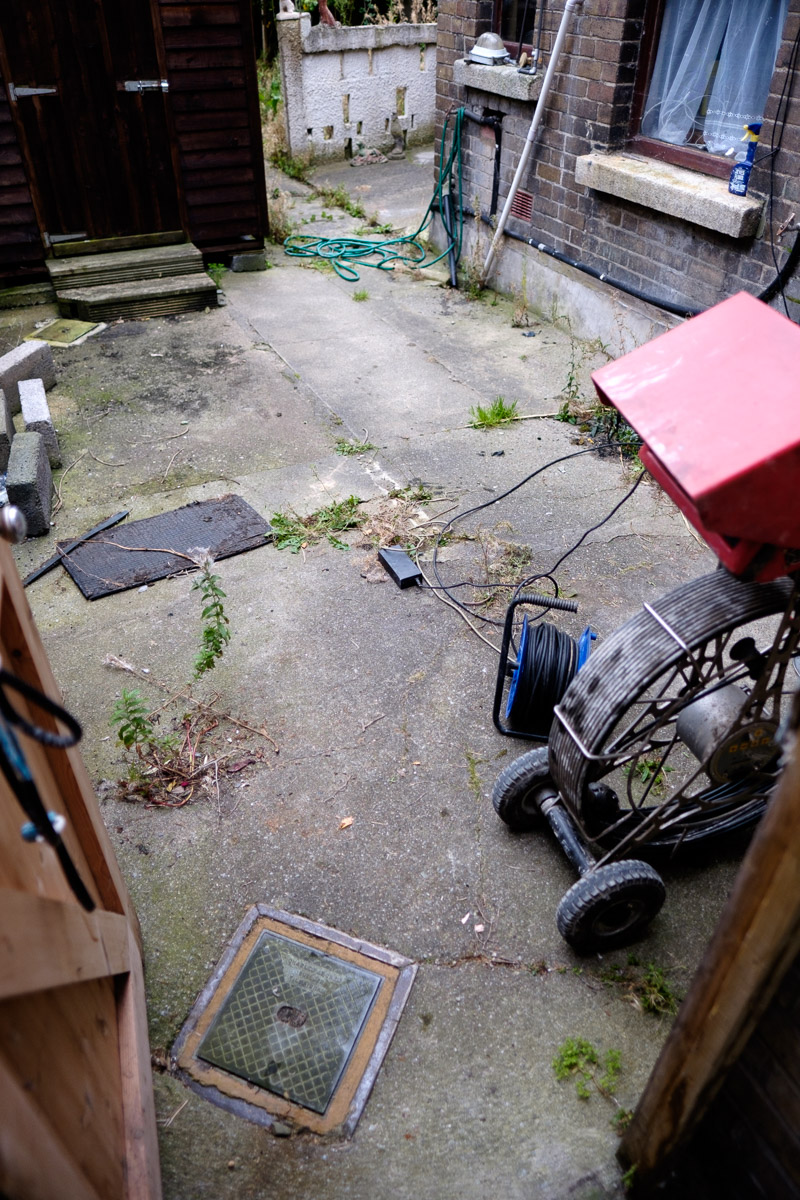 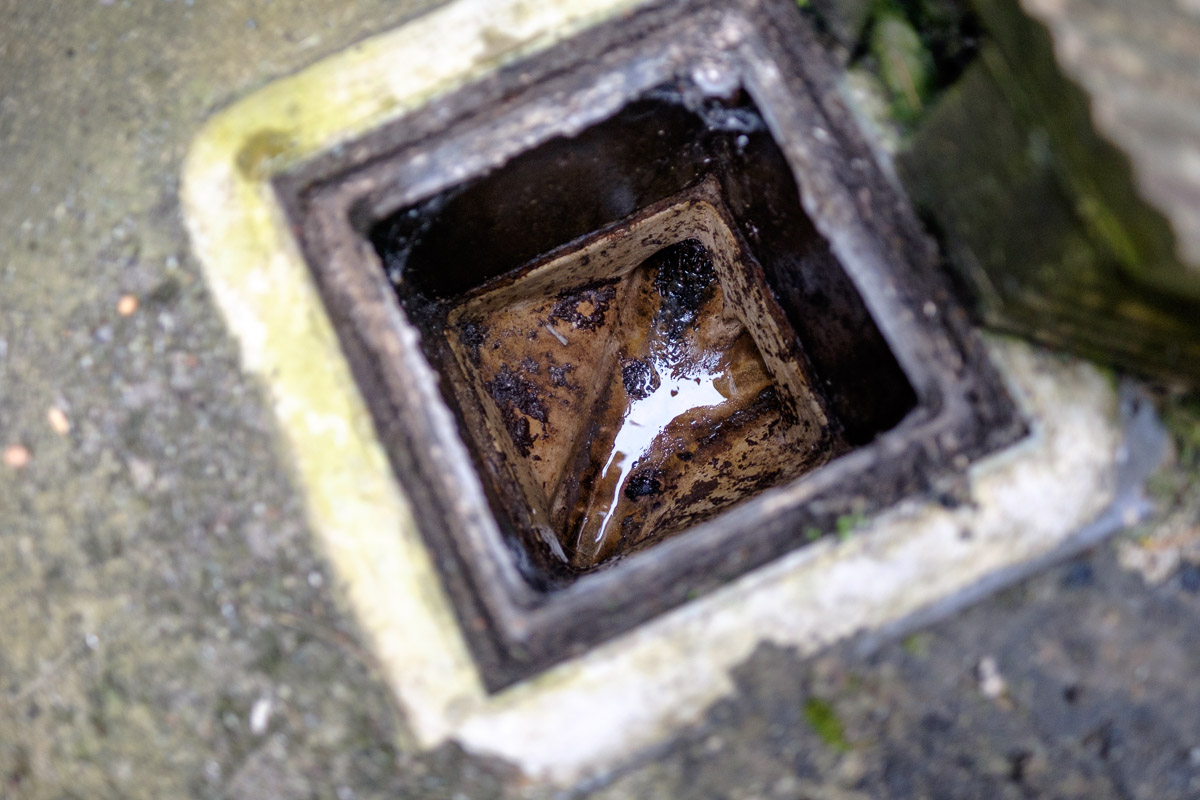 You can see the interconnecting pipes. Flush the toilets and run the taps to see what goes in which pipe.

Armed with this knowledge, I was able to draw a plan of our drainage pipe network. 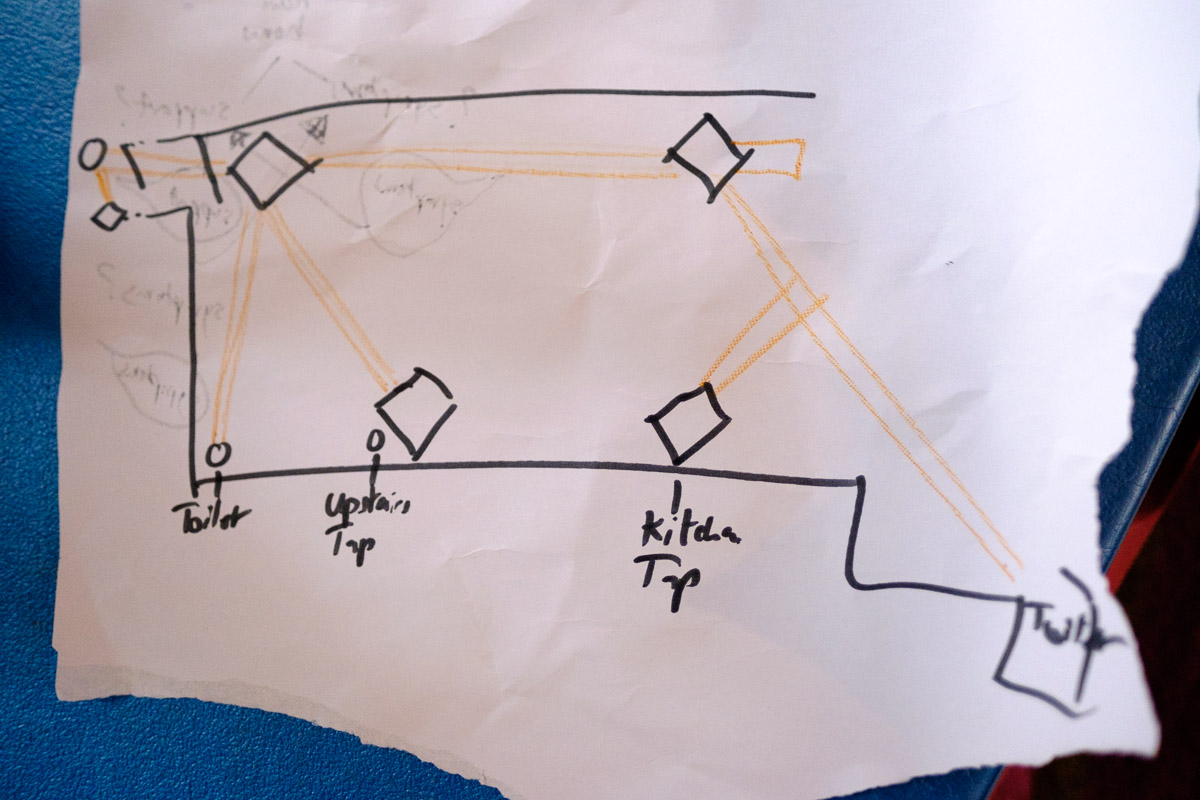 I could probably do better. But it's good enough for our purpose.

Great piece of trivia: the engineer spotted that our neighbour has a raised drain cover at the front of their house... 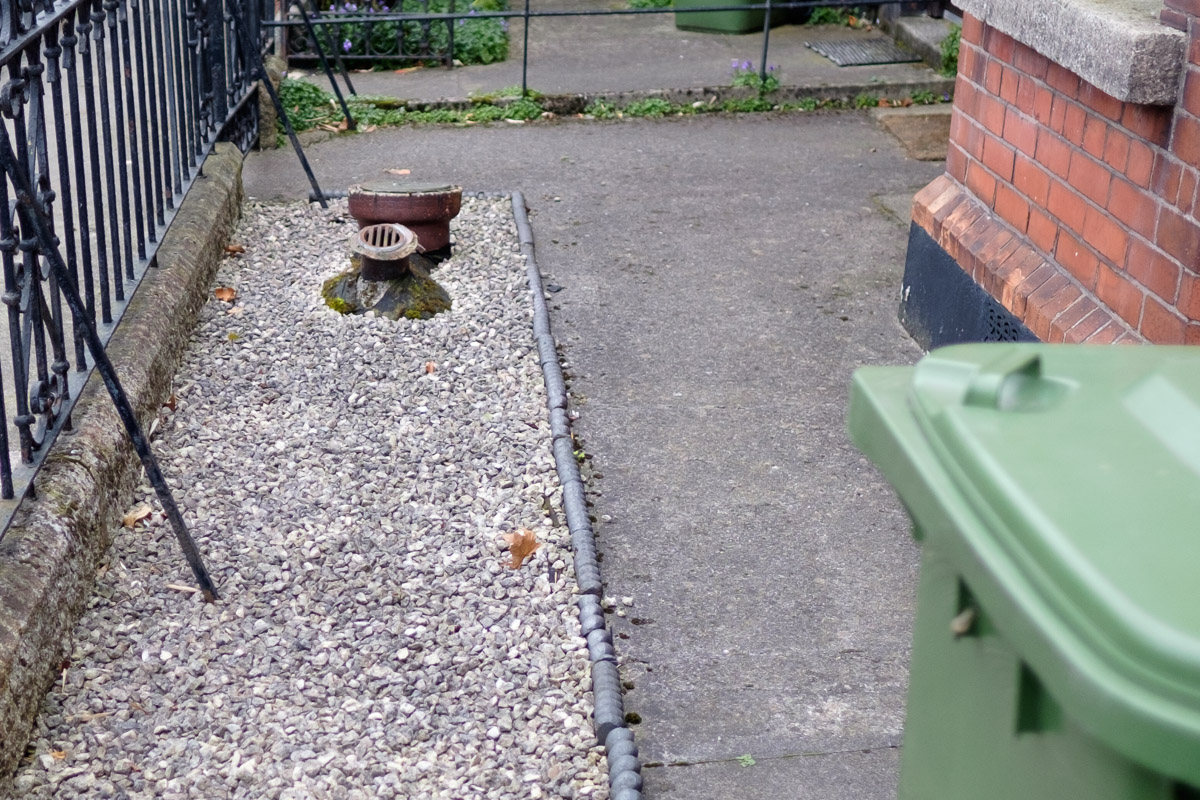 ...while ours is flush with the ground: 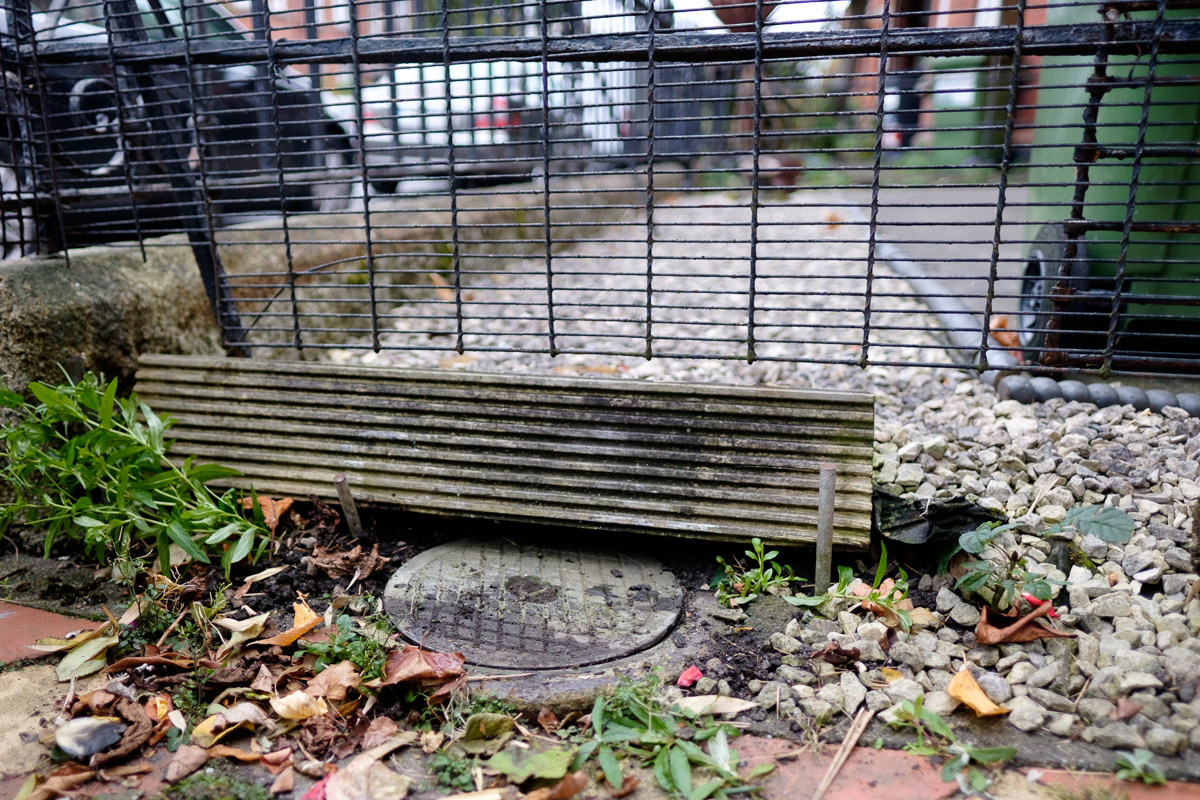 Looking at other houses, we could see houses on left of ours had a raised drain cover while those on the right had a flushed one. There's nothing inherently better with one style or the other, though the flush style is arguably neater.

What it does point to however is that despite the street being made of seemingly identical terraced and semi-detached houses, they were in fact most likely built in stages at different times, possibly by different contractors. That was a common thing to do at the time as property developers often didn't have the funds to build an entire block at once. All this explains the different drain cover style.