Hurricane Ophelia, the most powerful storm east of the US on record, will be upon us today. It will be a good test of how the house fares in bad weather.

Last night, I went to replace the car's headlight that had blown a few days ago. It might be useful to have working lights when driving through a hurricane.

You'd think that car manufacturers would have worked out how to make such a basic manipulation easy by now. They haven't. It took me a good hour to take the old bulb out and put the new one in. I was ready to cry by the end of it.

At 7am this morning, I was at the house. It's still standing. But then there's barely a light breeze right now. The storm is coming in the afternoon. 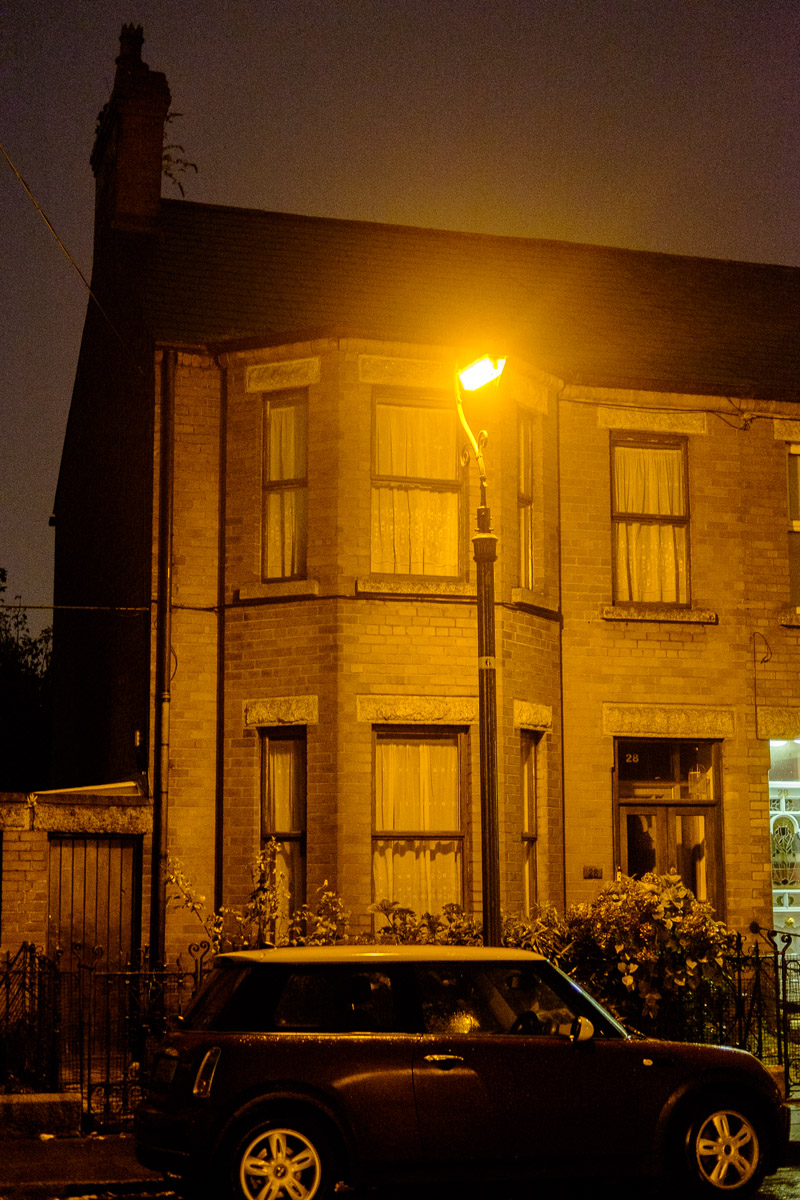 The Garda's no-travel warning last night hasn't had much of an effect. 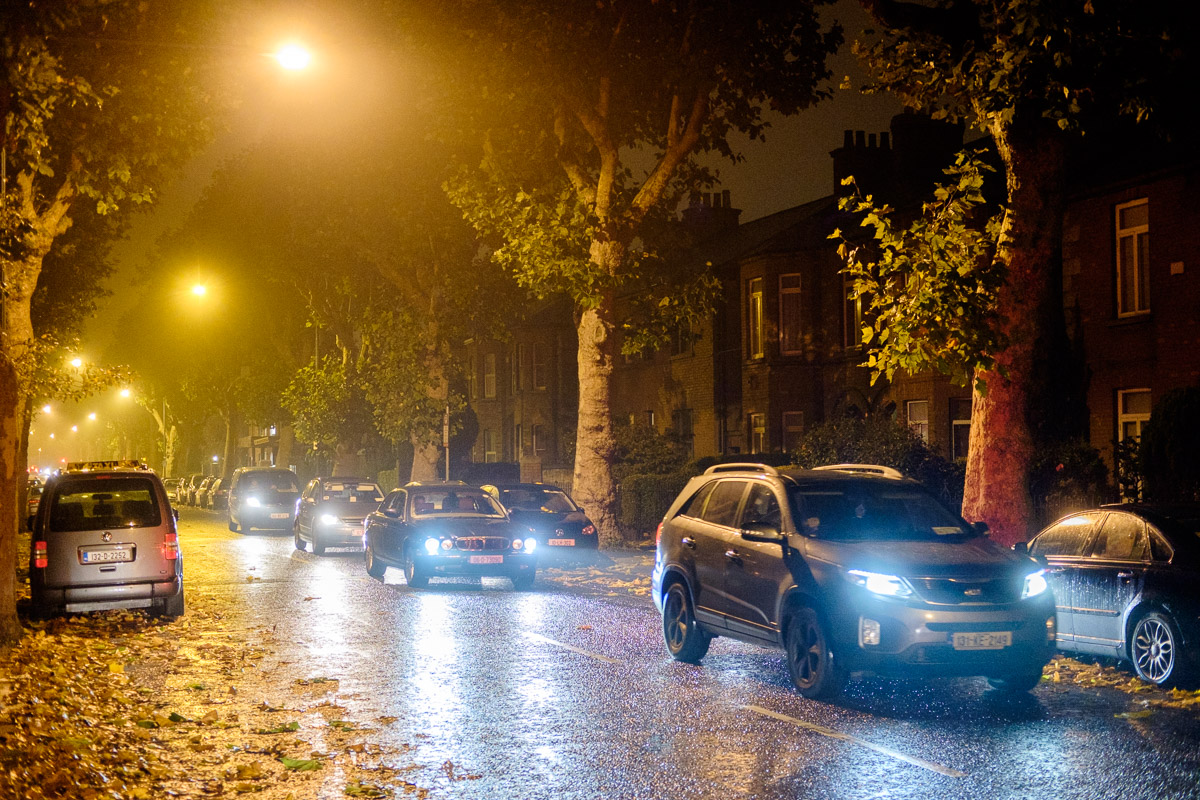 I'm ready. Bins have been safely been put away in the side return. Batteries are charged. Water and subsistence is at the ready. 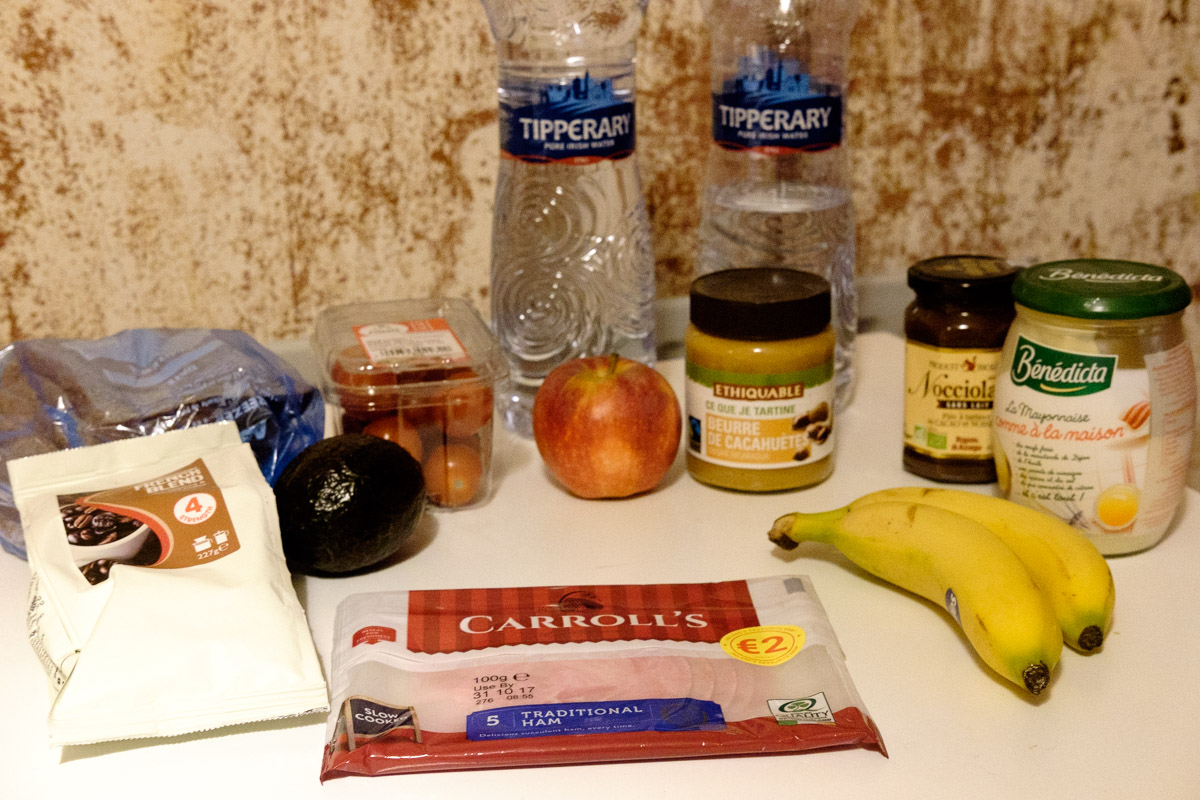 Chris, our gas engineer turned plumber, arrived to replace the old galvanised cold water tank in the attic that may have been leaking. No hurricane yet.

Not much to report on the hurricane. But Chris is progressing with his cold water tank replacement.

This is what was inside our existing cold water tank: 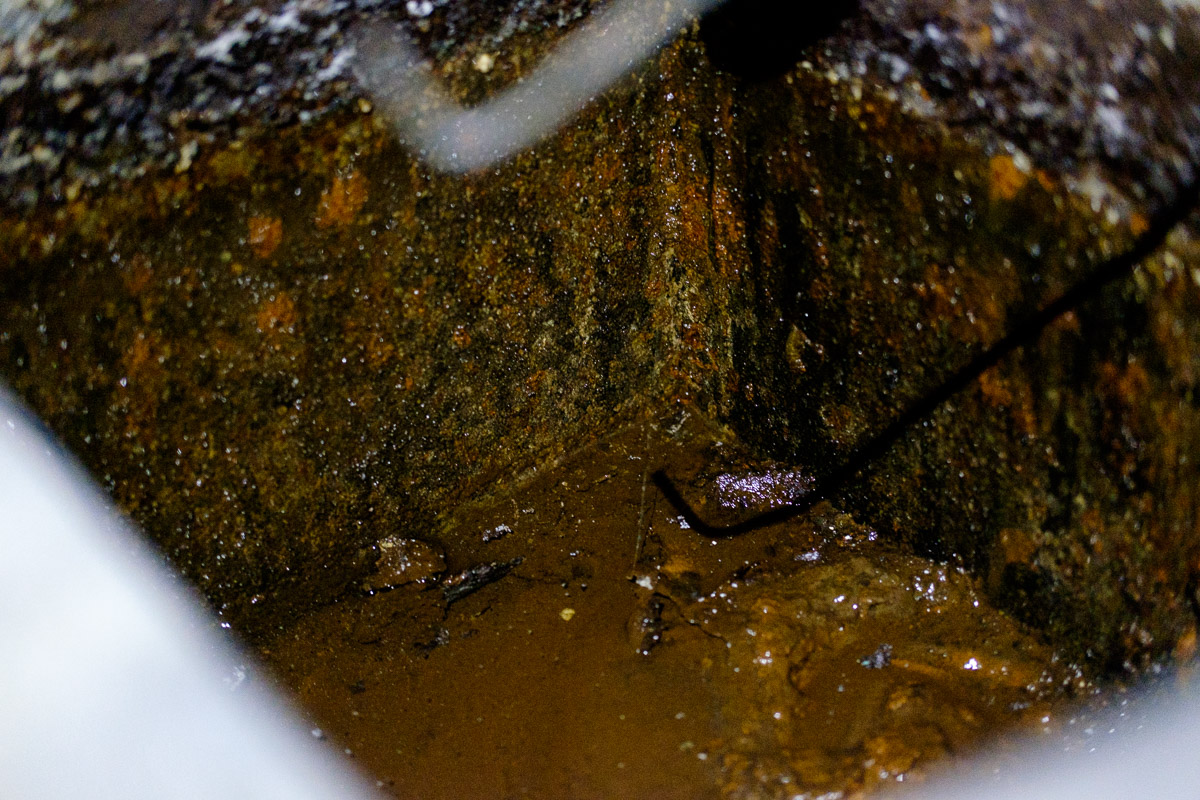 Yup - that's what we were washing our hands with in the bathroom. And what we would have showered with had we moved in before replacing this.

The smaller tank used to feed the heaters is not much better: 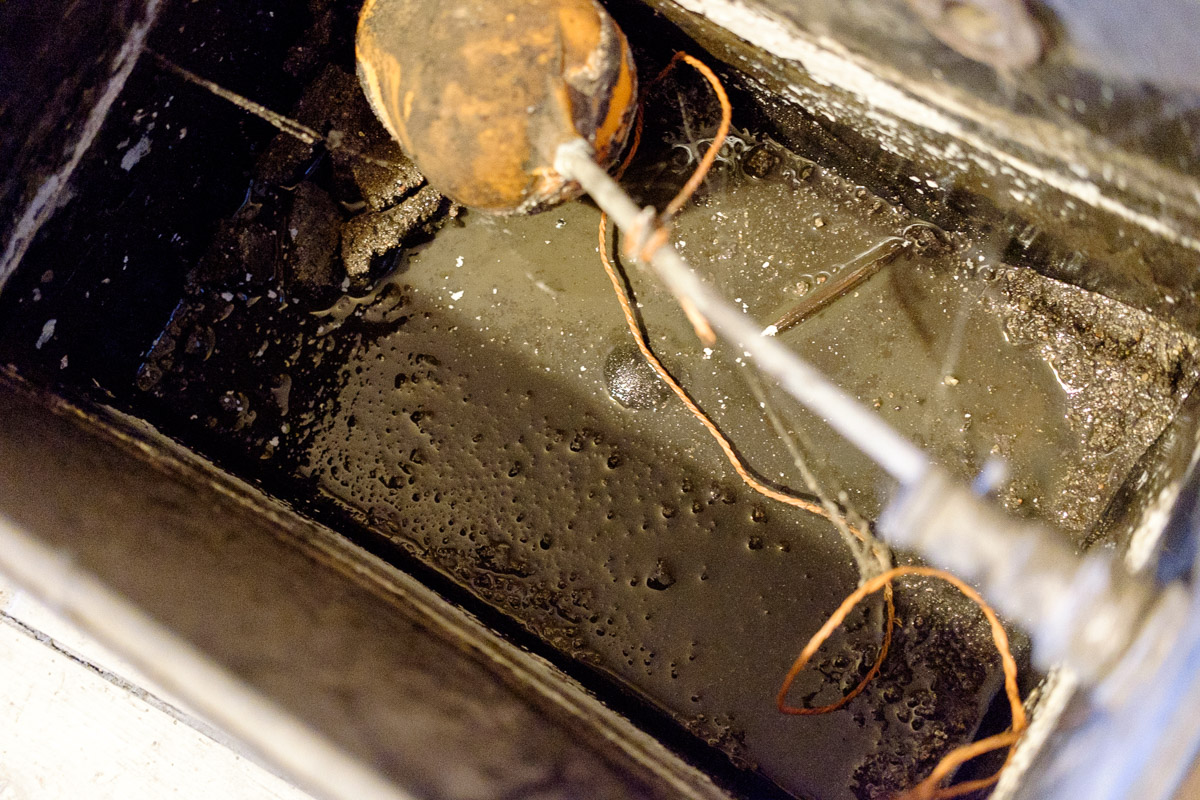 Both of them are getting replaced with this: 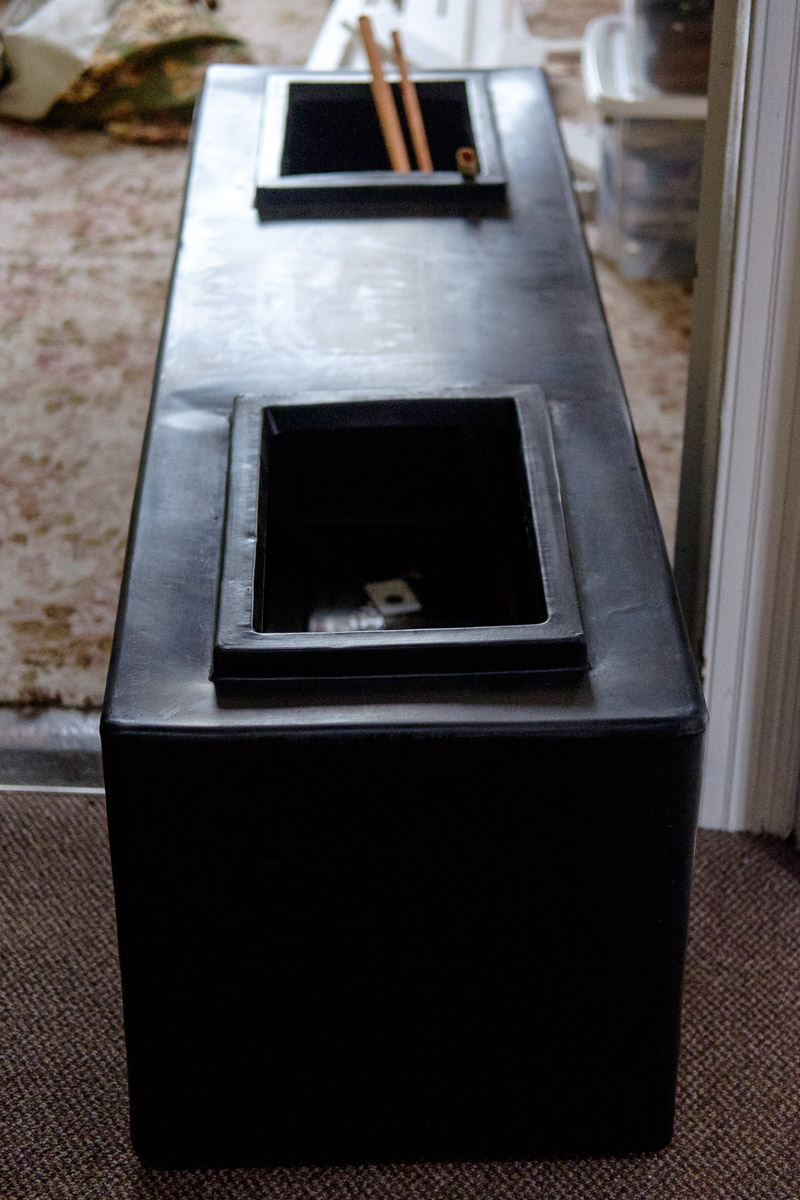 Oh, and it will have a lid.

It's starting to get windy.

The wind is picking up. Rumors in the street are that shops will close at 1pm.

Chris finished in time to escape before the hurricane. We're now the proud owner of a brand new 220L cold water tank, serving both the taps and the heaters: 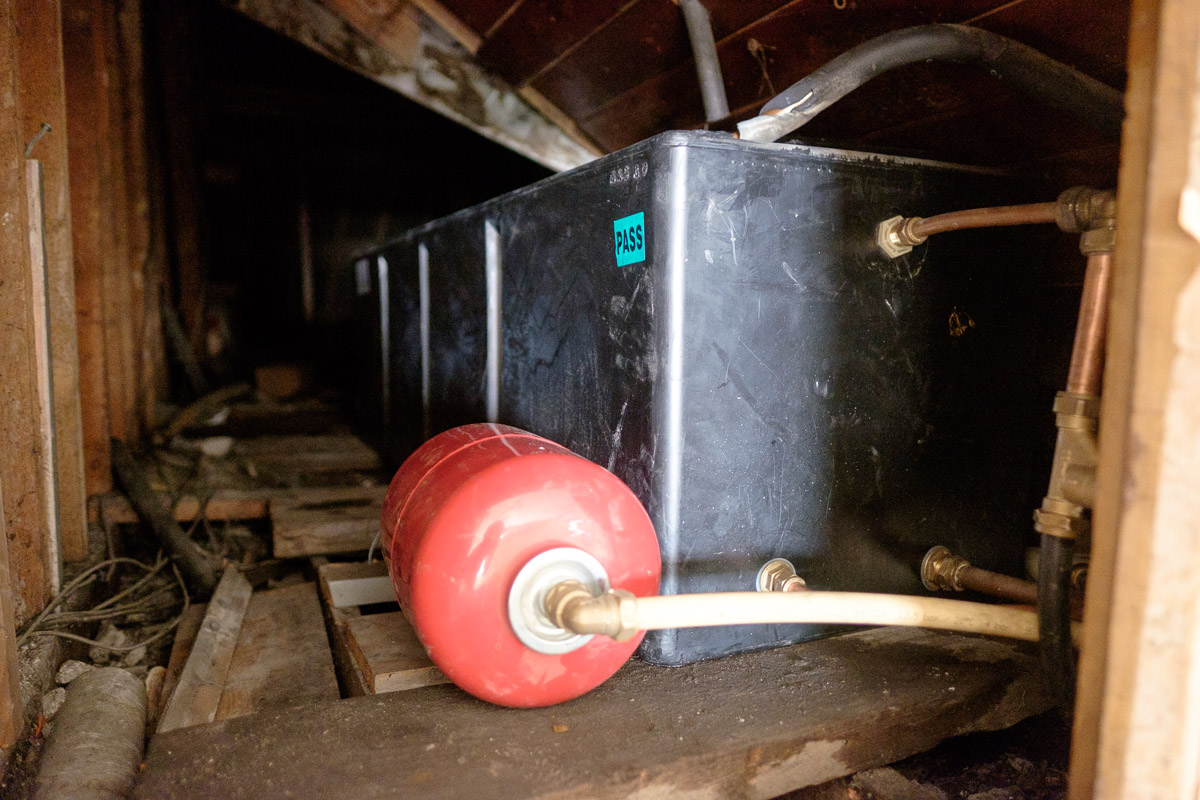 The old one must have been leaking alright: 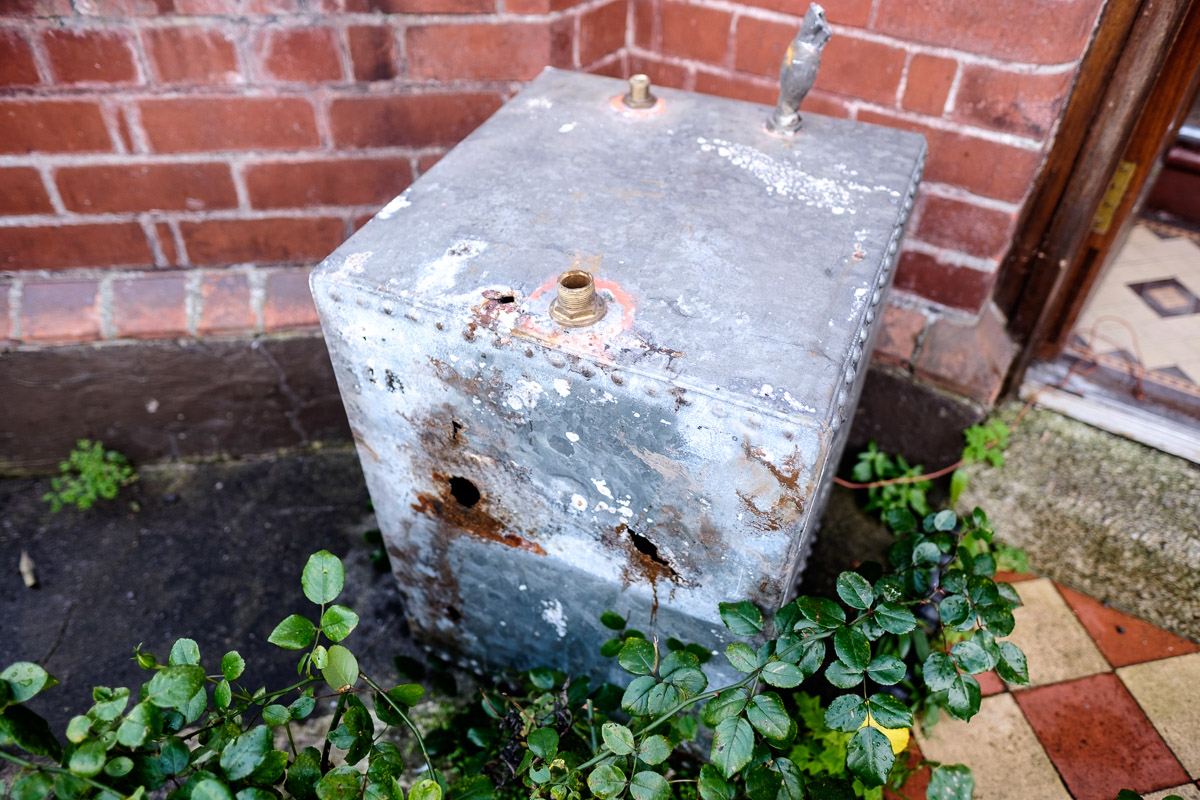 I also got him to remove the sink in the kitchen, which will allow the removal of the godawful cabinet underneath. 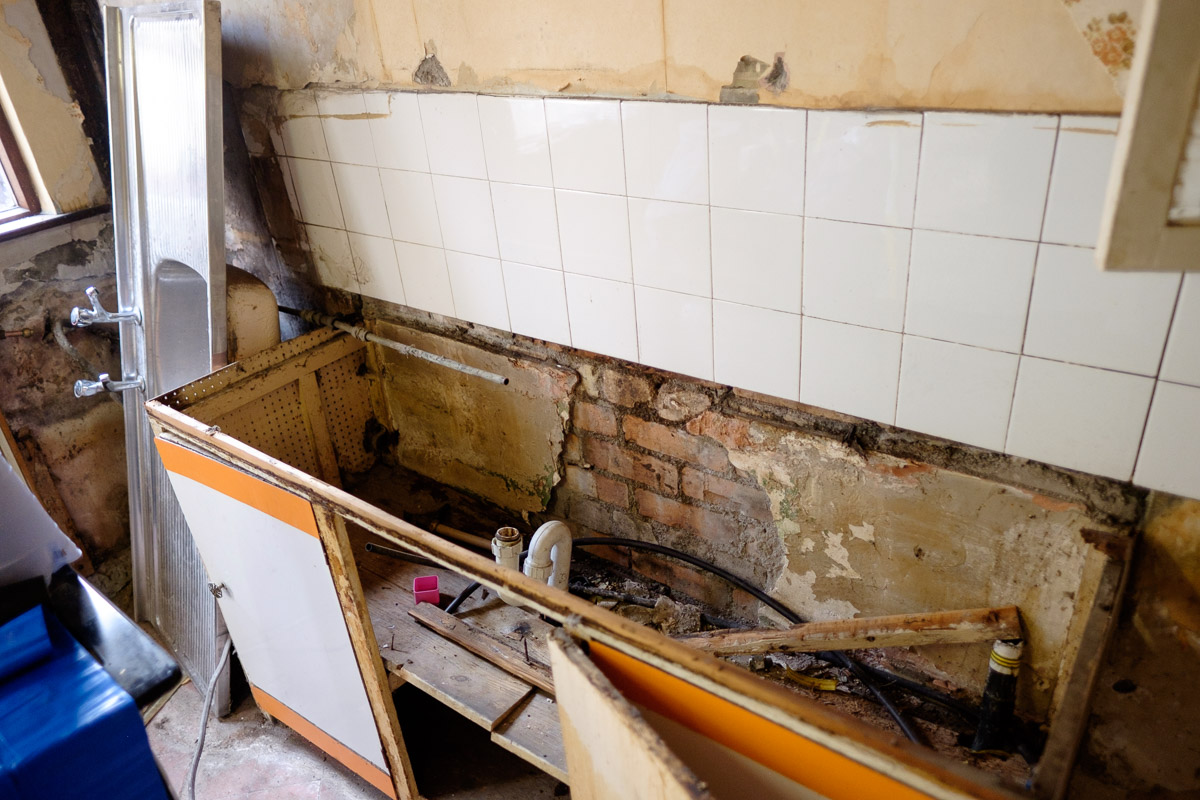 While doing this, he pointed out that the waste pipe going from the sink to the drains outside was leaning the wrong way... 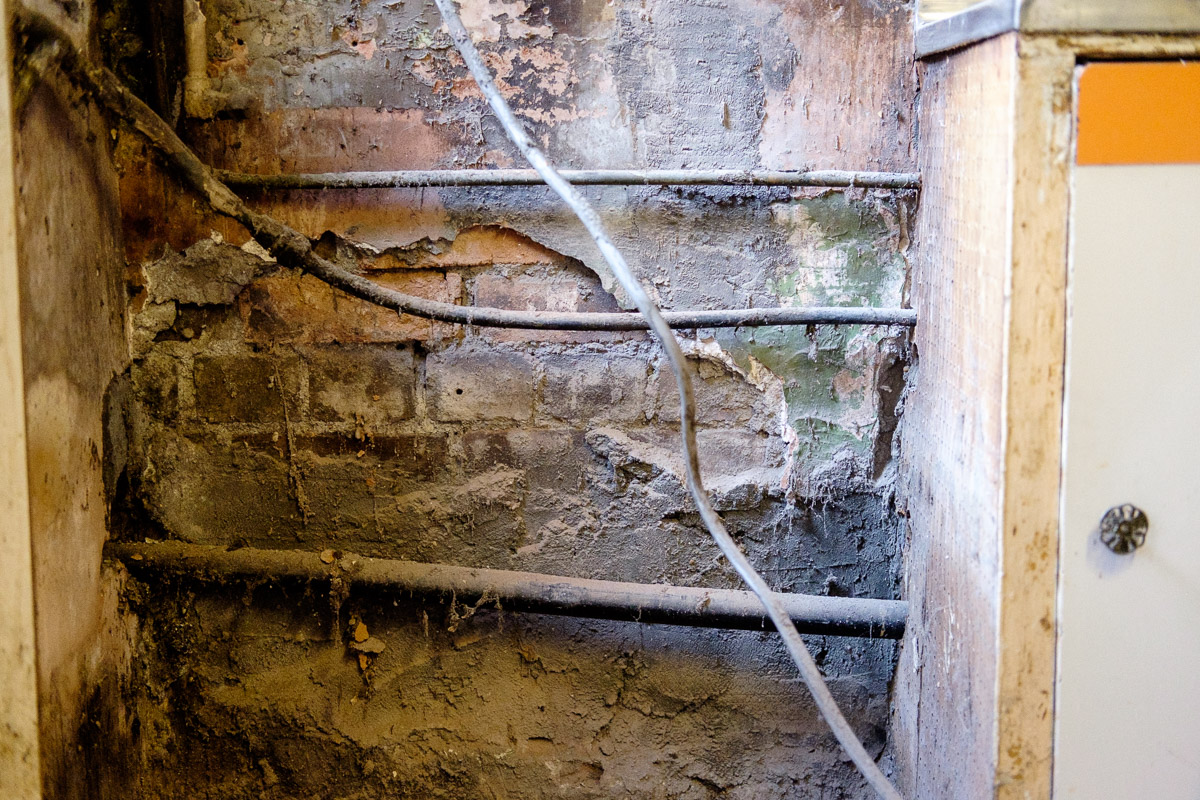 It should go downwards from the sink to the drains. It's currently going upwards, leading to stale water always remaining in the pipe. 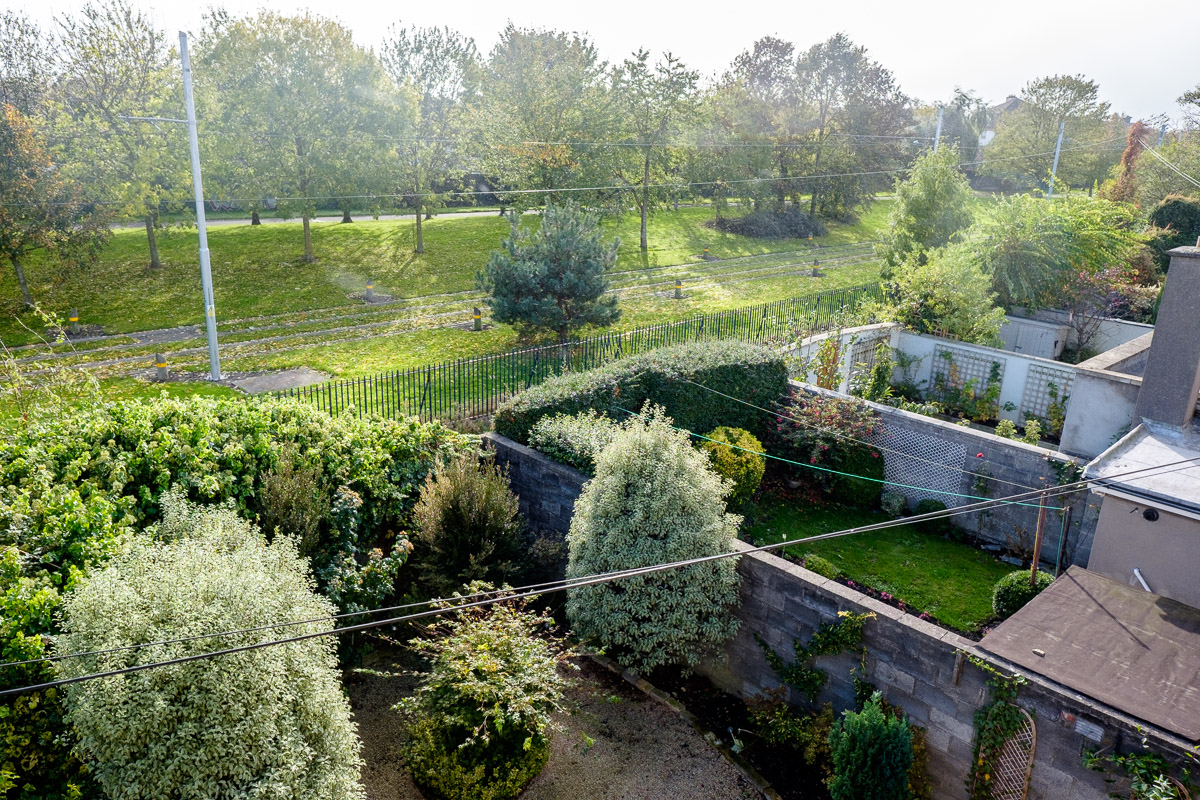 It's getting darker but still fairly quiet. We're apparently in the eye of the storm. 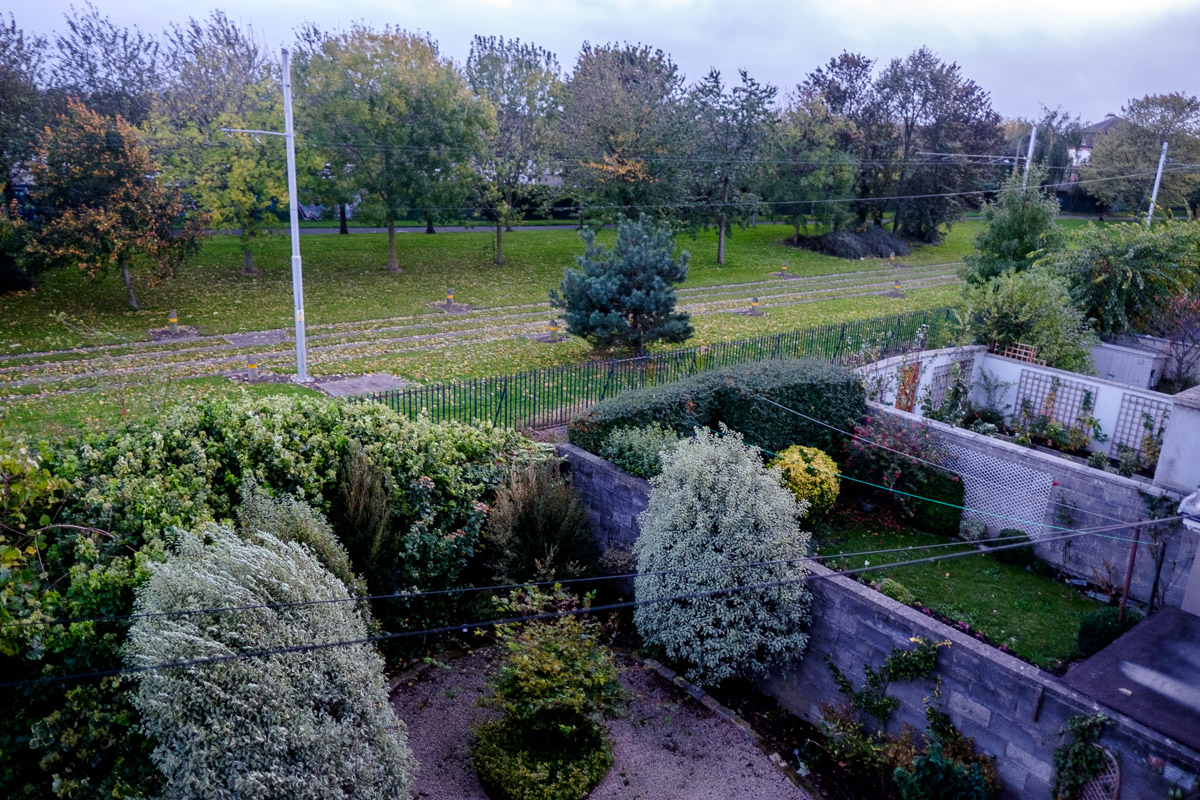 I reconnected my stereo for the first time since we moved to Ireland (we had it in storage as there was no space for it in the flat), plugged it into the Airport Express and played Spotify's Alternative 90s playlist. I missed it. That stereo has been following me everywhere since I bought it with my summer job's savings in 2001. It's still as good on its first day. 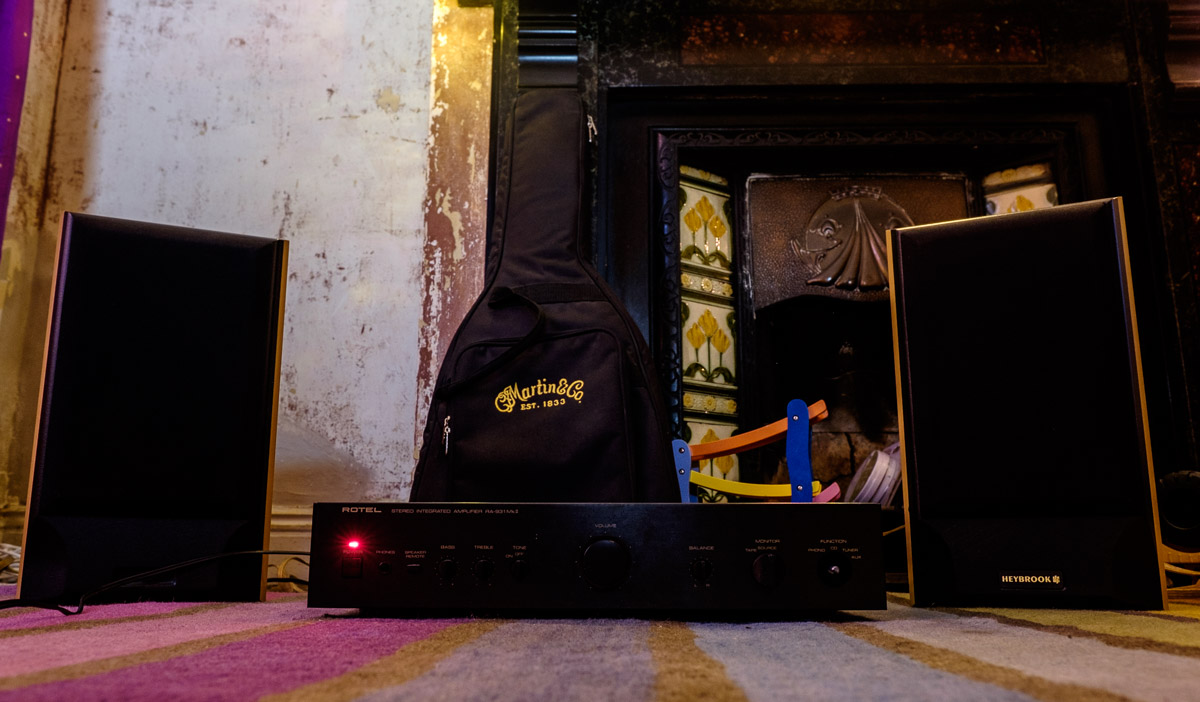 Looks like no hurricane will happen today. Time to go home and relieve Michelle of the boys... 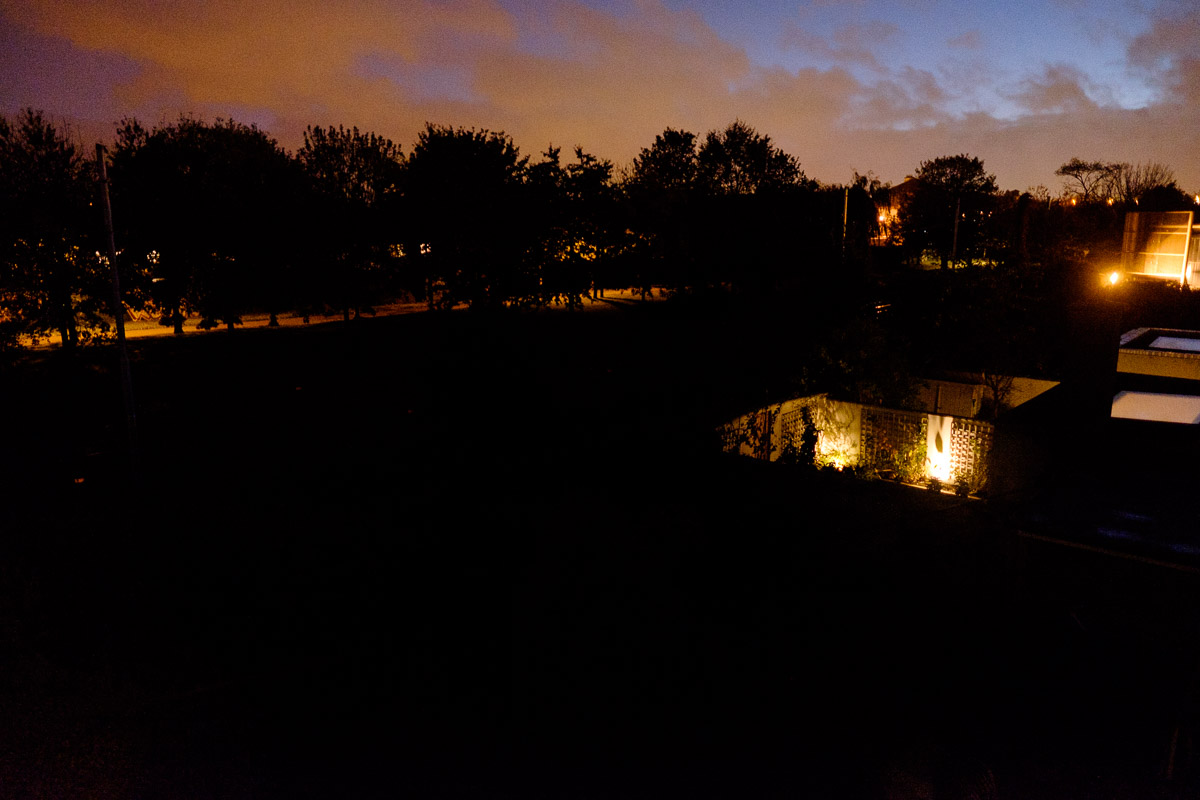