I say glow, but really, I feel more like a paper skeleton that's been dunked in beer overnight. But yesterday it was a different story. Our first guest arrived at 1pm - a pre-party playdate. I was still in slippers and a sweaty t-shirt, rushing around hoovering up dust, gathering the nails that seem to be scattered everywhere in this house, laying out crisps, diluting juice, and pinning witches, skeletons, skulls and other creepiness throughout the house:

Mehdi was busy in the kitchen, mulling wine and burning off the smoke out of the oven we inherited with the house (I've been cleaning it all week...we still hadn't time to test it (or the whole house electrics) before the day of the party). At 3pm on the dot, the other guests started to arrive. And things got a little bit crazy... 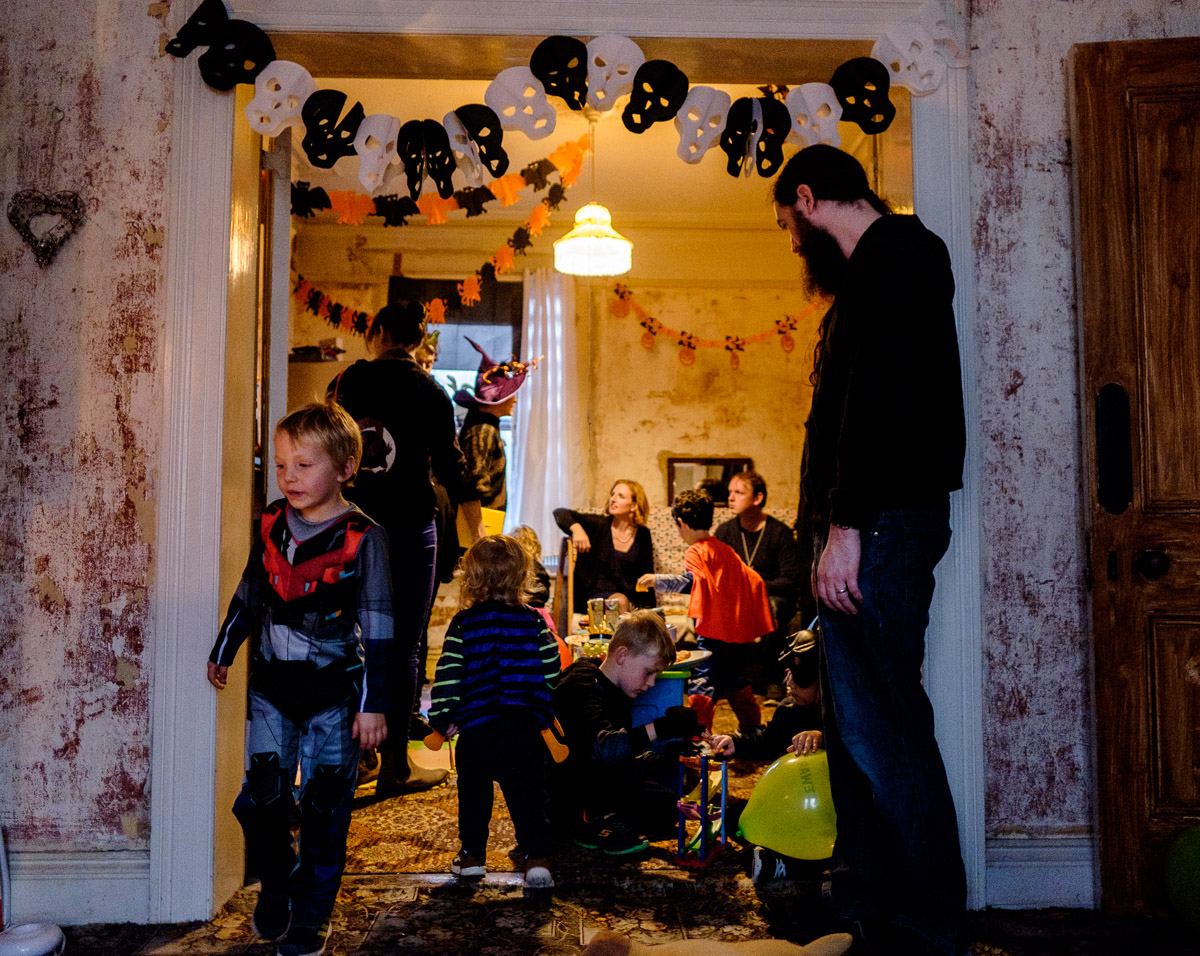 One kid stopped at the front door, dropped his jaw and said 'WOW this house really IS a haunted house'. I would love to take the credit for his delight, but we hadn't actually decorated anything he could see...it was just the house... 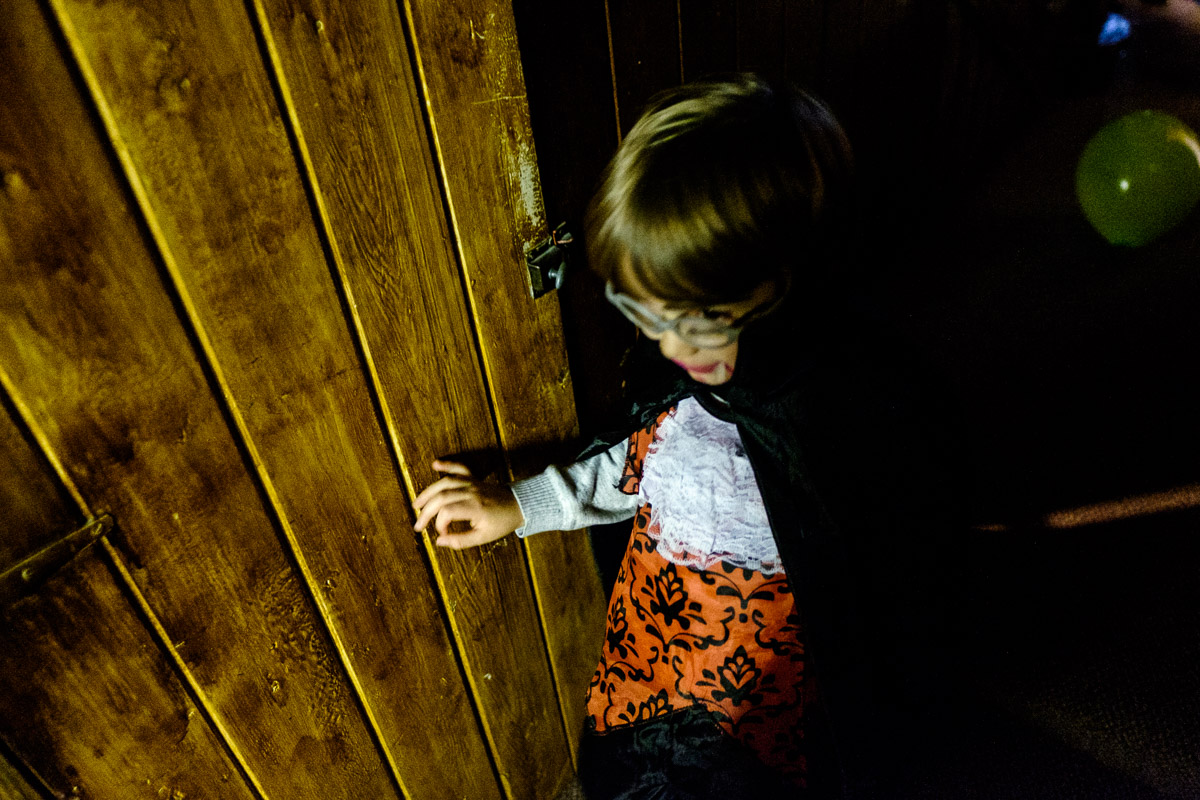 Kids swarmed every room in the house, screaming and running and tearing around. Our 'no kids in the kitchen' rule lasted until the mulled wine took effect at which point the 'I'm sure it'll all be grand' feeling that's buoyed us through the past few weeks infected everyone else. The only injury we heard of was a mulled wine burn (I hope whoever it was feels better this morning): 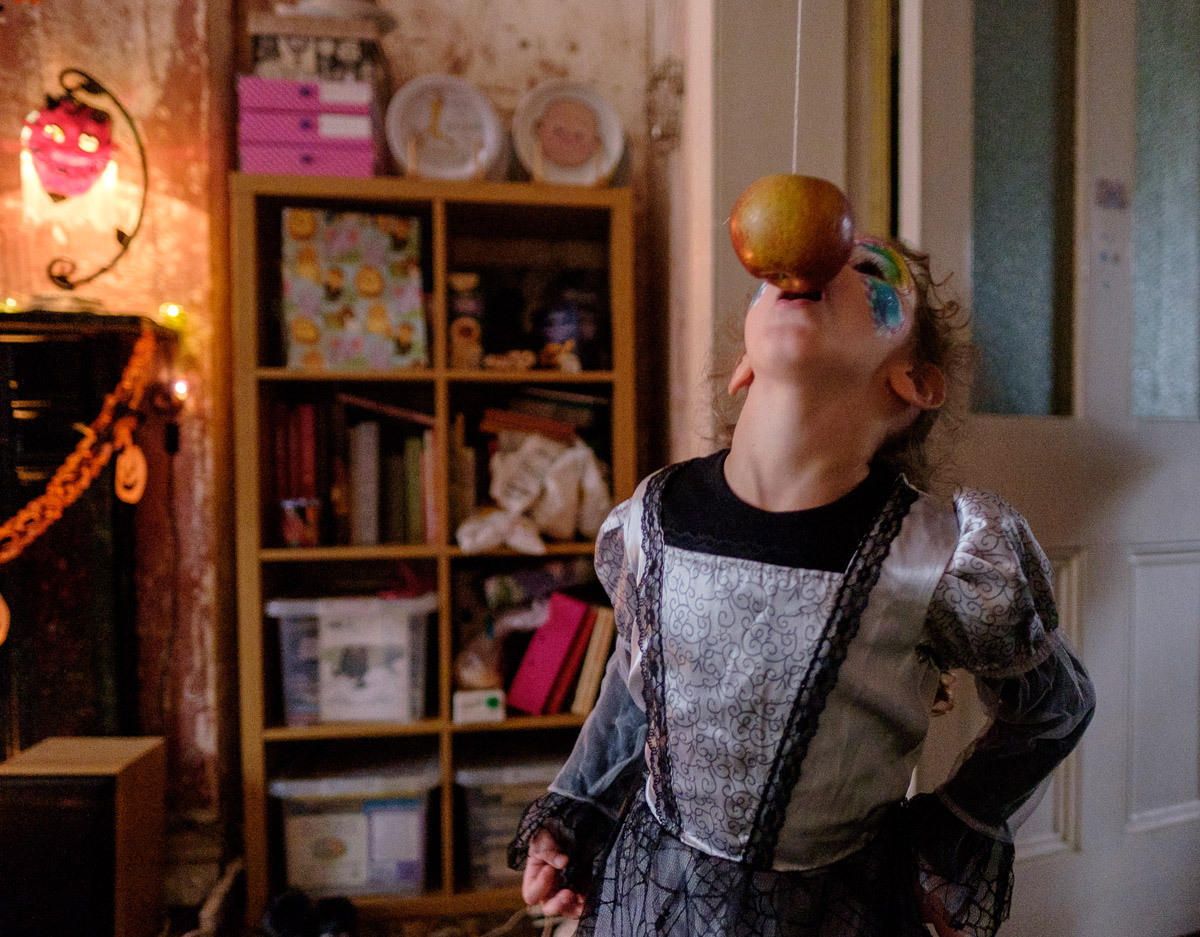 There was decorating ceramic mini-pumpkin candle holders with paint and glitter: 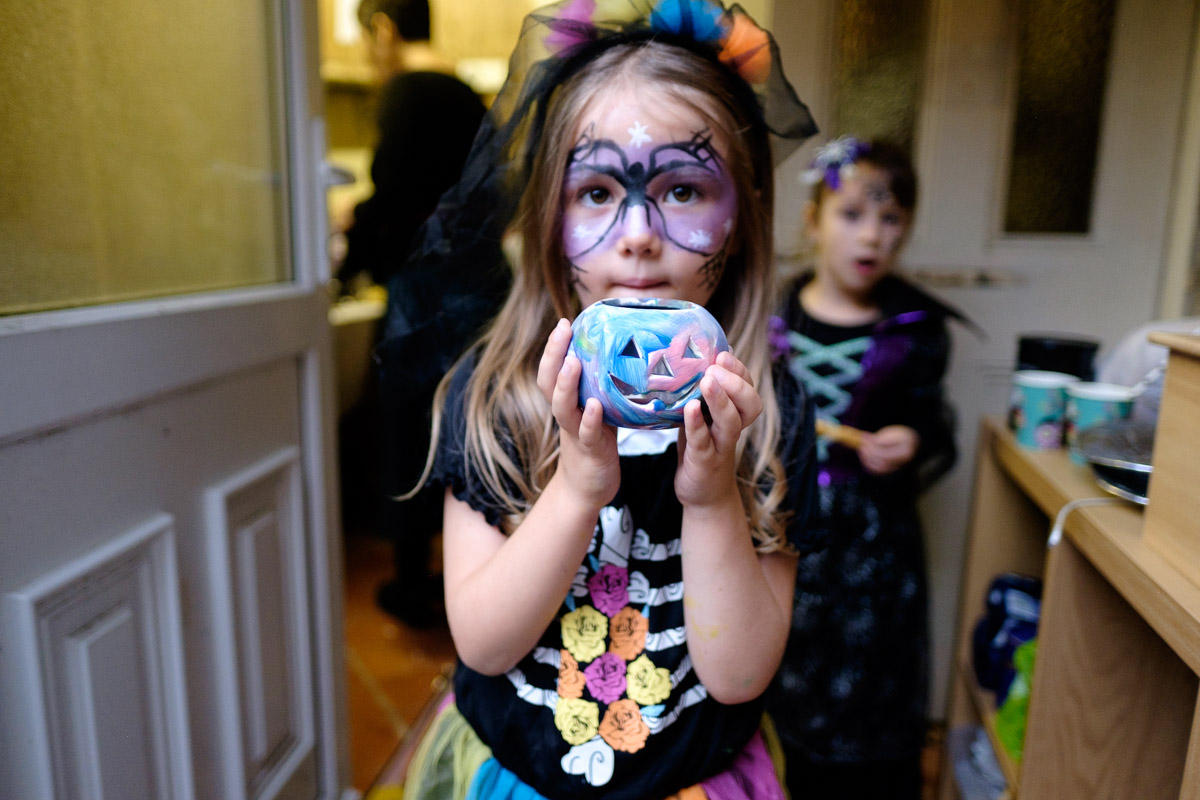 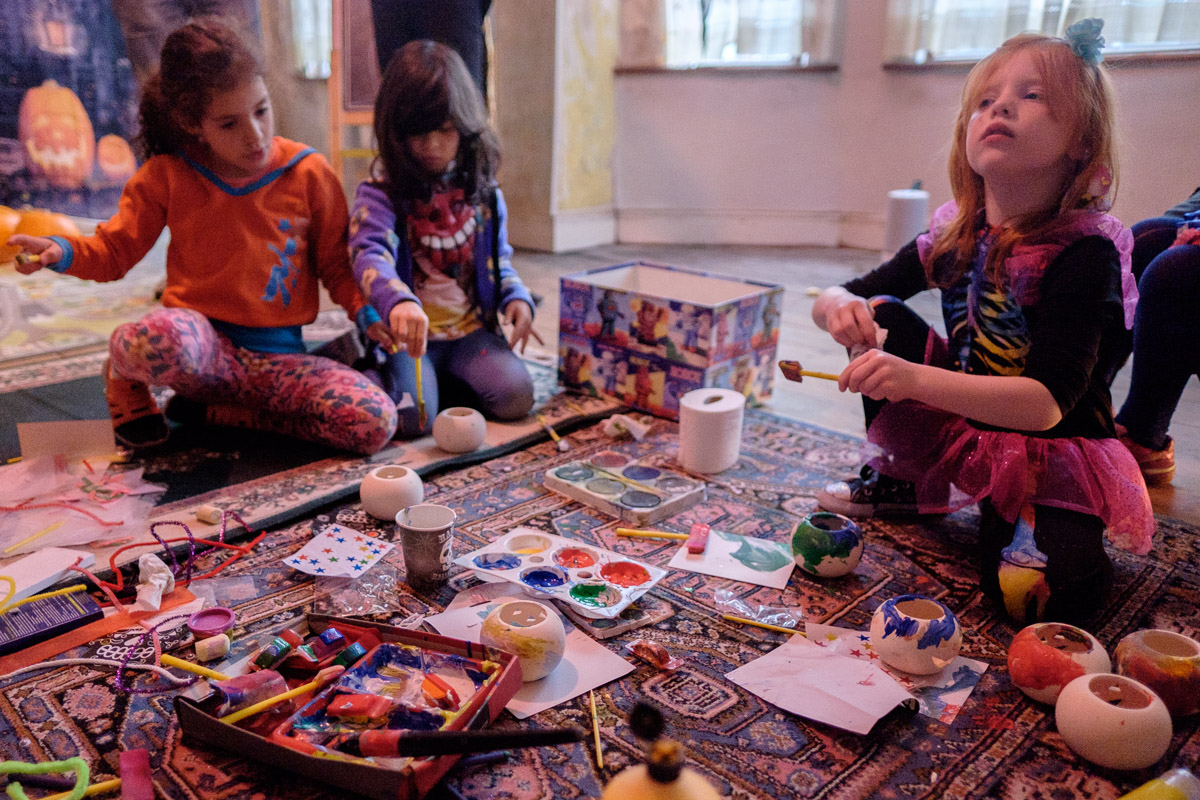 There was balloon popping, sweetie eating, dancing and general mayhem: 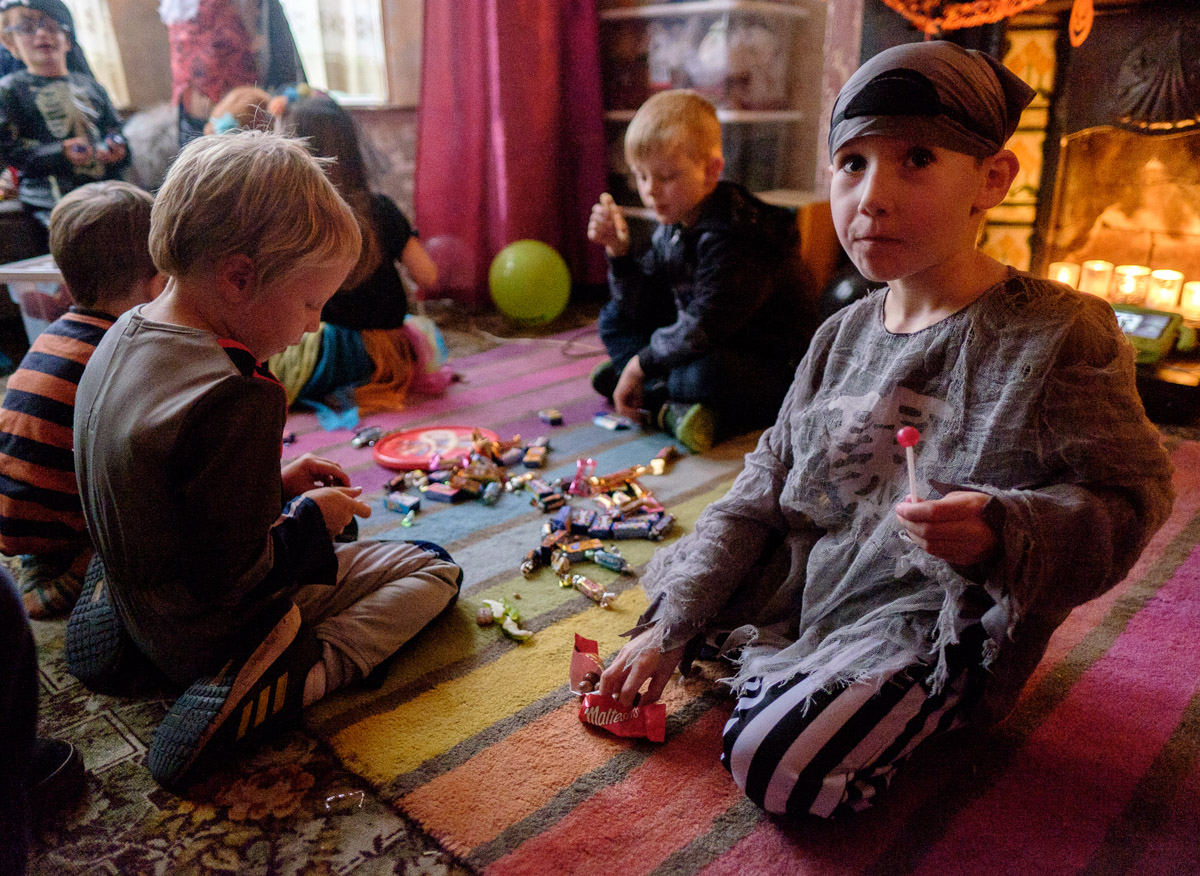 We had real live Americans who gave a pumpkin carving masterclass: 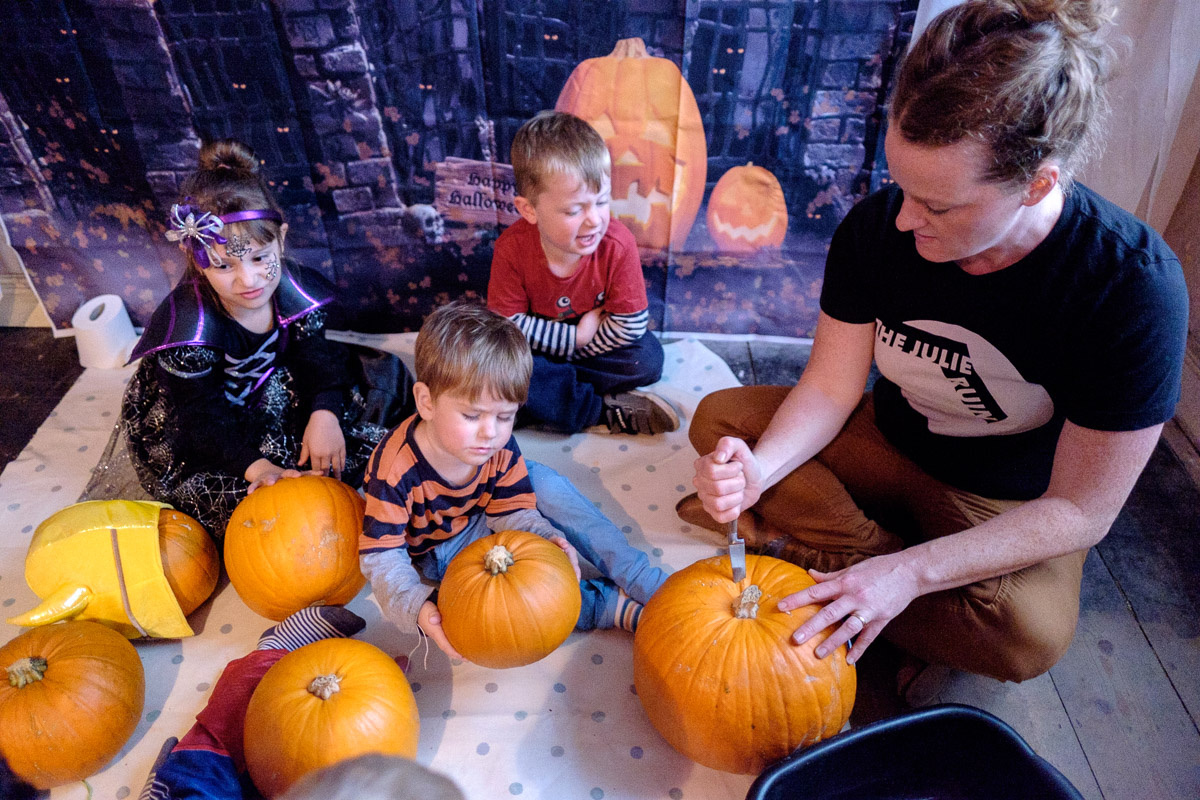 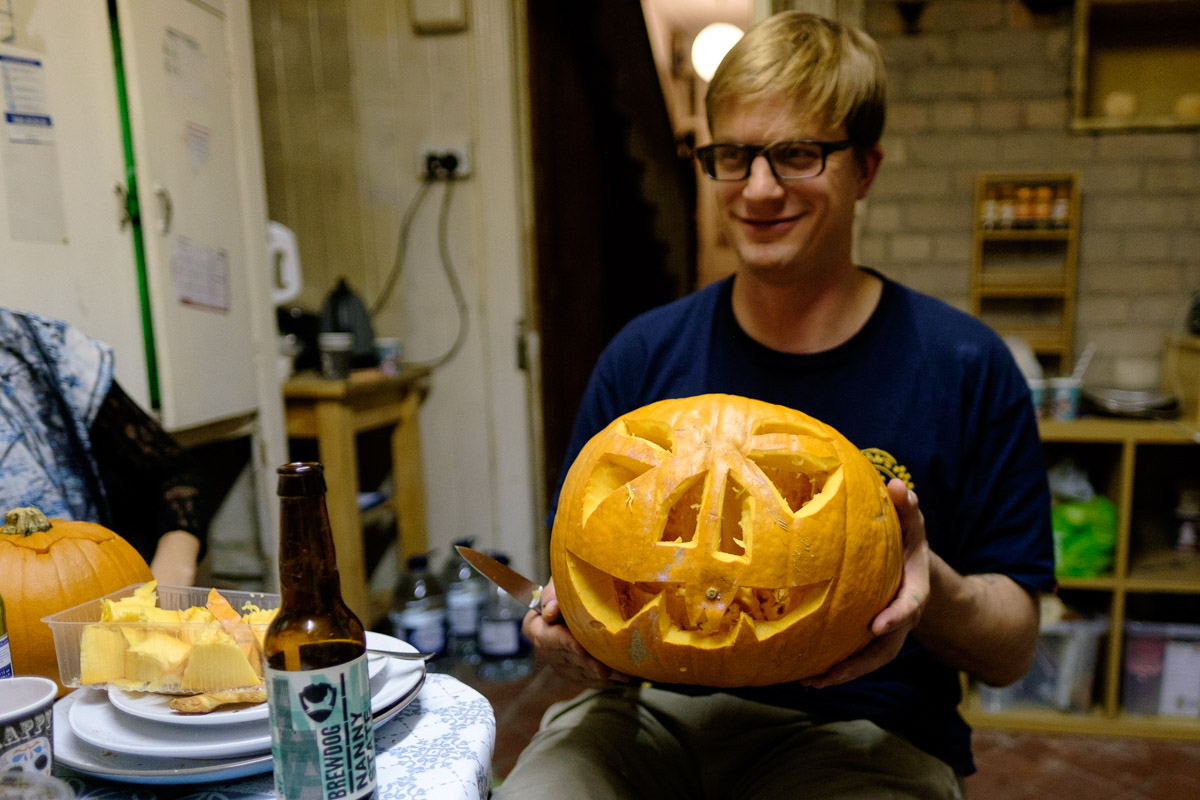 We had Edwardian costume:

And Walking Like an Egyptian, Ghost Busting and Time Warping: 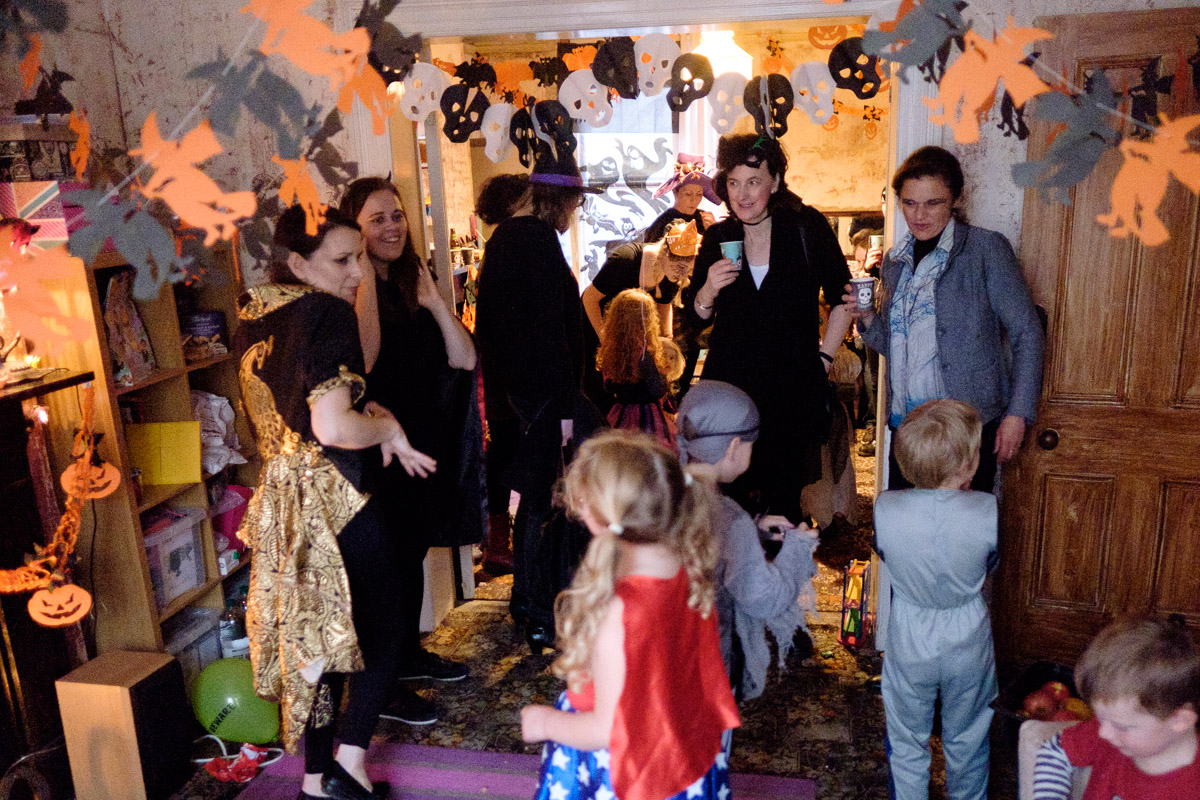 People used indoors and outdoors toilets, had chilled beers and use of a sink (no one seemed to be as thrilled as us to have running water downstairs). And there was of course a cake: 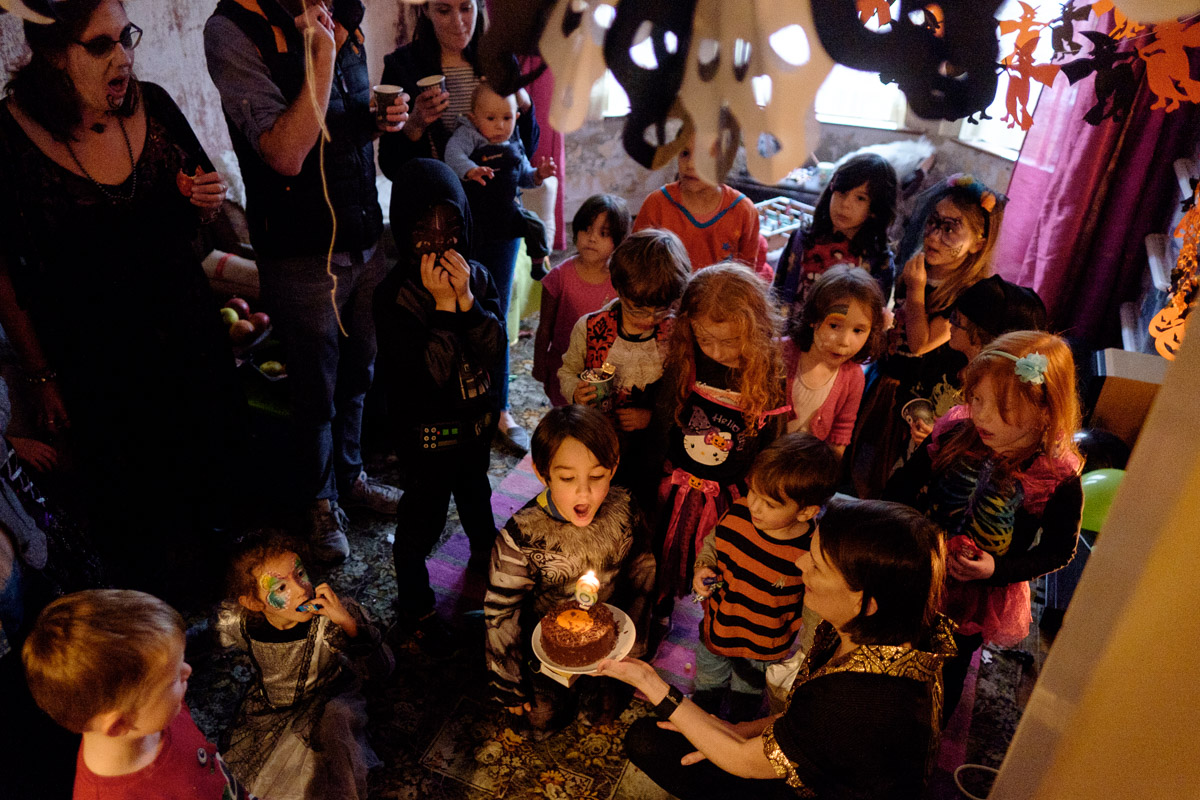 All the craft beer was drunk and none of the spirits. The 2 year old woke up this morning with mulled wine stains on his feet, demanding a coffee: 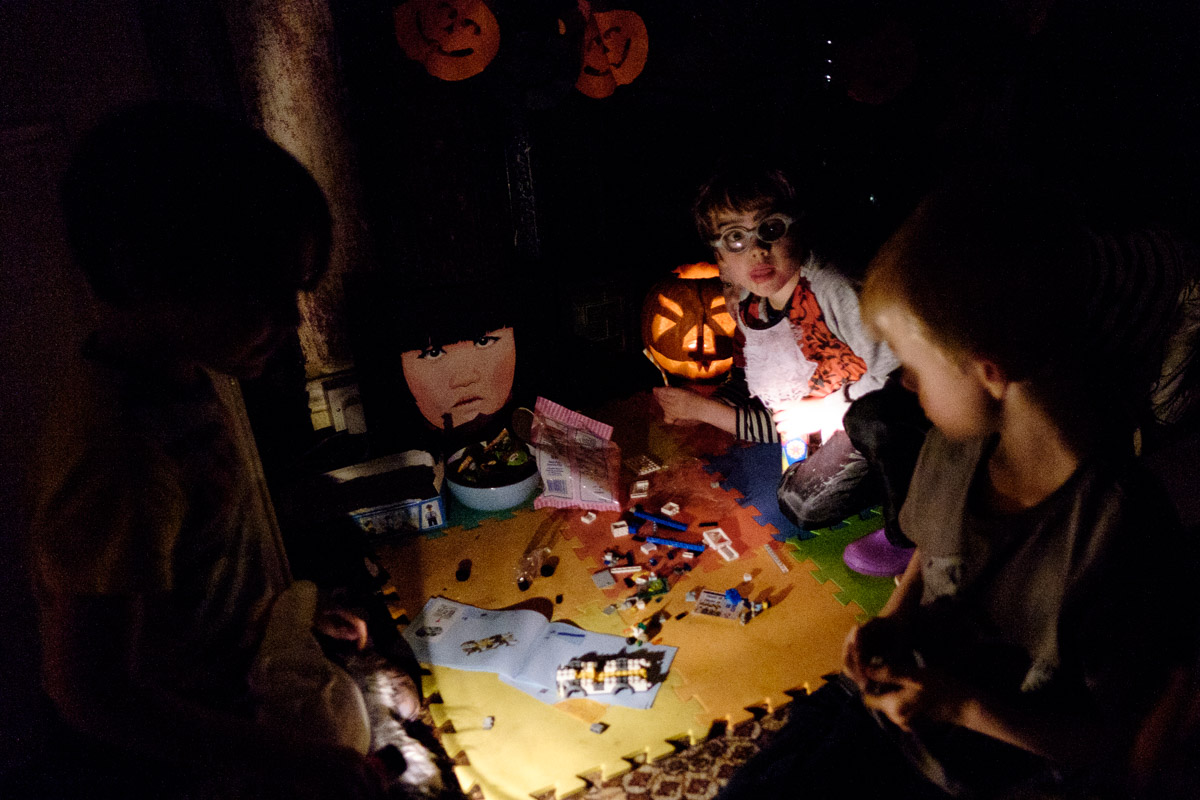 Last night it felt like the house was warmed to its very cockles, and the 6 year old was thrilled. We had a great party - and hope everyone else had fun too :)