It looks like we have original Lincrusta running below the dado rail from the front door all the way through the hallways from the bottom of the house to the third floor attic room.

Lincrusta is deeply embossed wallcovering. It was launched in 1877 by the British man who patented linoleum and rapidly replaced the painstaking plasterwork previously used to ornament walls and ceilings in houses, mansions and railway carriages. 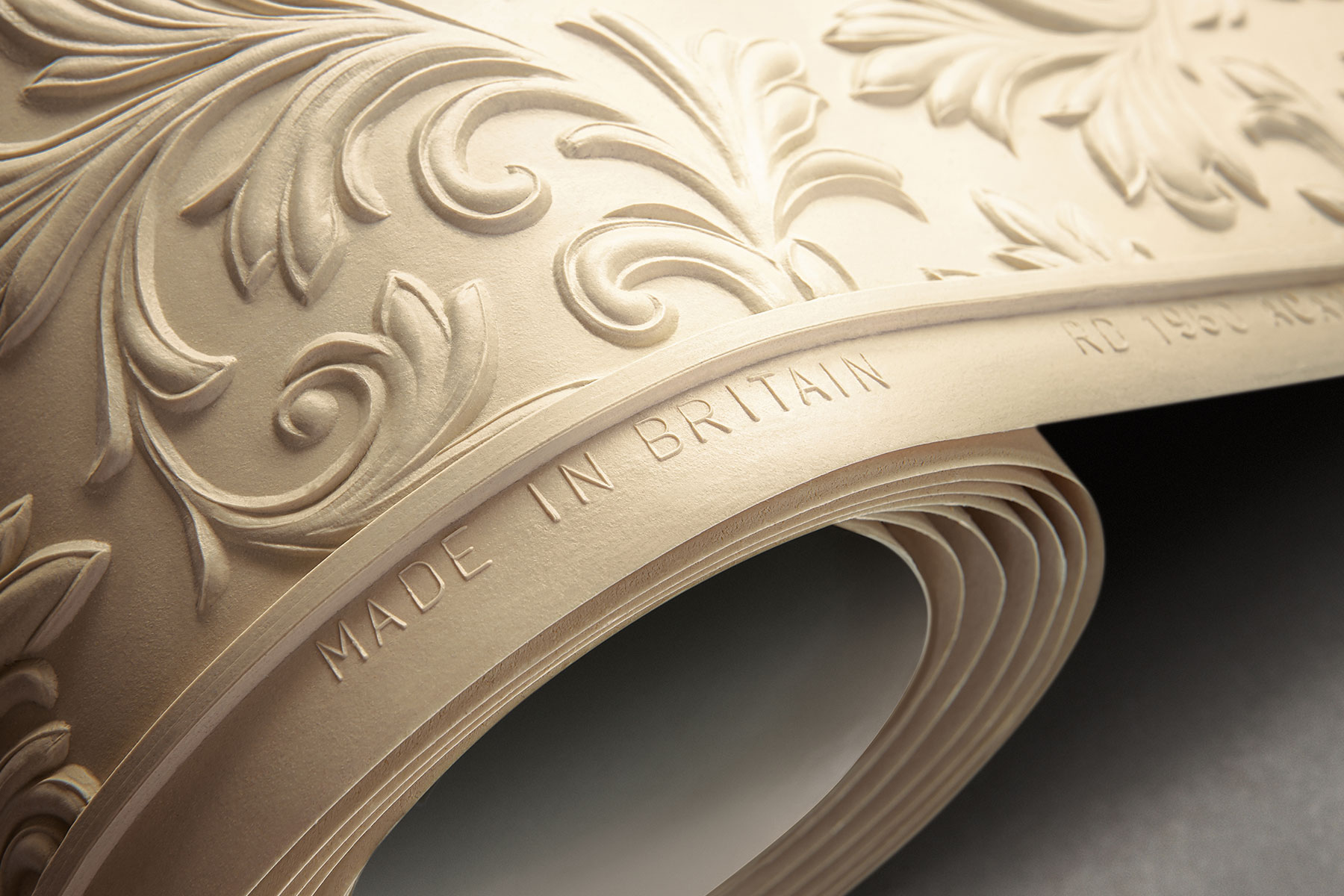 Lincrusta is made from a paste of gelled linseed oil and wood flour spread onto a paper base which is rolled between steel rollers to imprint a patter. This stuff is tough and only gets tougher through the years.

Our Lincrusta is in great condition at top of the house where there's less traffic. But it deteriorates as things get busier downstairs. Sadly, our Lincrusta was damaged during the 'junk clearance' of the house - you can see the 'bump' marks where the junk guys bumped a wardrobe down the stairs.

While disappointing, this damage is part of the house's history and will integrate when we repaint. I'm more worried about the natural damage in one place, where I suspect damp (or dry rot!) has made the paper 'bloom' off the wall.

I'd like to keep the Lincrusta. Apart from a love of restoration, I have a notion this stuff is holding up the bottom half of our walls - if it ain't broke I'm not going to try and fix it. But there are challenges:

I've learned it's possible to take a moulding of lincrusta and have a replacement cast. I'm guessing this won't be cheap. But it will be the only way to keep the original wallcovering and not have patchwork effect. And might even prove cheaper than repapering the whole hallway with new Lincrusta (this stuff ain't cheap).

In the meantime, Pinterest gives me hope that we can transform the awful dark brown gloss with a top coat of fresh paint.